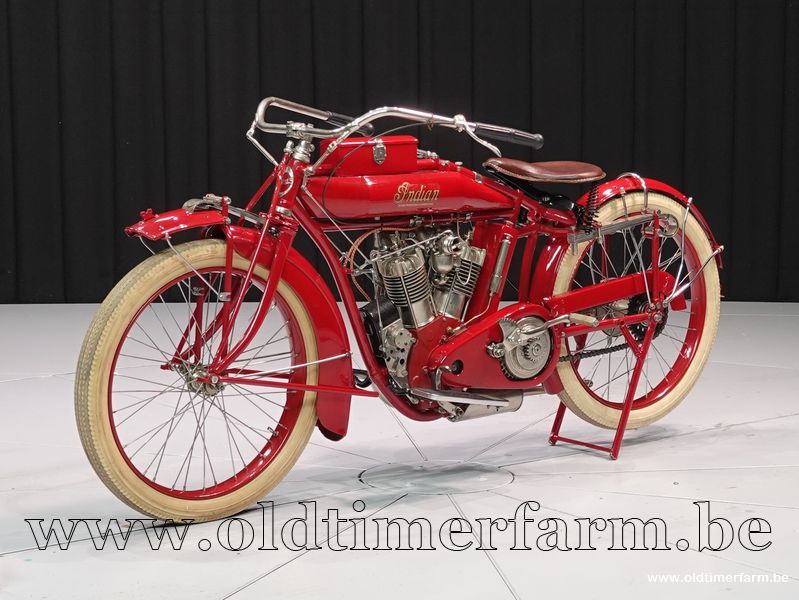 Oscar Hedstrom and Oliver Hendee, both active in the cycle racing world, got together to found the Hendee Manufacturing Company and build the first prototype Indian motorcycle in 1901. That first machine was powered by a single-cylinder engine. An advanced feature in motorcycling’s early pioneering days, chain drive was used by Indian right  from the start.

The Indian single proved immensely successful and provided the basis for the first of the powerful, motorcycle manufacturer in the world with a production of some 35,000 machines large-capacity v-twins for which the marque is best remembered. By 1913 Indian was the largest, according to a company claim. This 1914 61 cubic inch Indian V- twin was the popular “basic” model with single speed with hand as well as foot-operated clutch and all-chain drive.

Toolbox on top, spring leaf suspension front and rear, now extremely rare and sought after.Left hand throthle (so the police could continue shooting while driving), powerfull and relayable, foot clutch. This mighty veteran was fully restored  in ‘Indian Red’, and with chrome plated fittings throughout and the distinctive American features which are the white tyres. After restoration it was the star of a private motor museum. 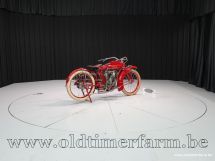