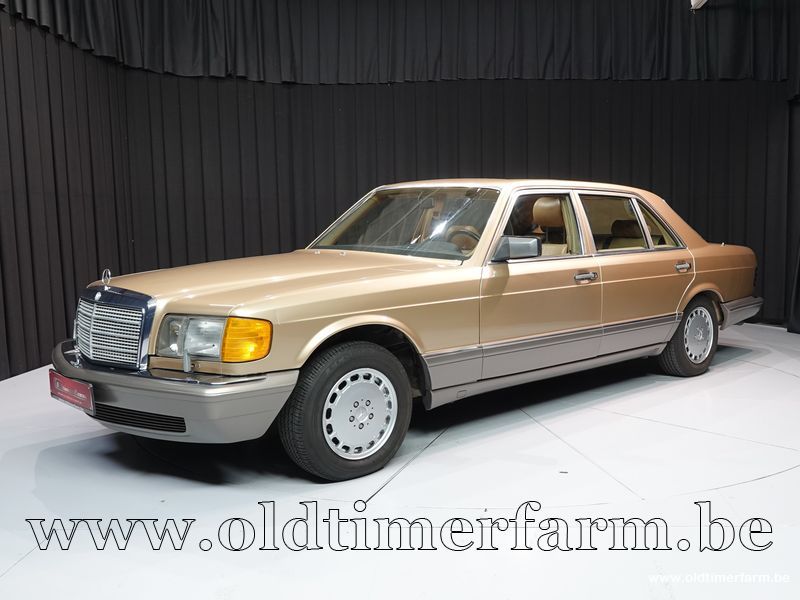 The Mercedes-Benz W126 is the company's internal designation for its second generation S-Class, manufactured in sedan/saloon (1979–1991) and coupé (1981–1990) models, succeeding the company's W116 range. Mercedes introduced the 2-door C126 coupé model model, marketed as the SEC, in September 1981. This generation was the first S-Class to have separate chassis codes for standard and long wheelbases (W126 and V126) and for coupé (C126).

The W126 design team, led by Mercedes-Benz's chief designer Bruno Sacco,  aimed to design a more aerodynamic shape and retain the unmistakable S-Class design elements. The aerodynamic drag was reduced through lengthy wind tunnel testing and reshaping of front end and bumper along with hiding the wipers underneath the hood/bonnet for smoother flow. Reducing the weight was accomplished by extensive use of high-strengthlow-alloy sheet and polyurethane deformable material for bumpers and side claddings. The lighter alloy material was used for the heavily revised M116/M117 V8 engines for the reduced weight. Both had contributed to the reduction of fuel consumption by 10% as compared to its predecessor.

After six years of development, the W126 was introduced at the IAA Frankfurt in September 1979.  At the introduction, S-Class was available in two wheelbase lengths (standard and long) and three petrol engine options with one six-cylinder inline engine and two V8 engines. The diesel engine option was introduced in September 1981 exclusively for the North American market.

The W126 was revised in 1985 for 1986 model year. The revised "Second Series" model range was introduced at 1985 IAA Frankfurt with new six-cylinder petrol and diesel engines and the V8 petrol engines enlarged to 4.2 and 5.5 litres. The 5-litre V8 was carried over. The visual changes included the smoother bumpers and side claddings, revised "Gullydeckelfelge" (German for manhole-cover wheel rim) alloy wheels, and deeper front bumper with integrated air dam. 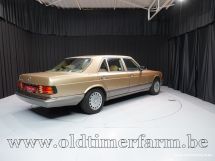