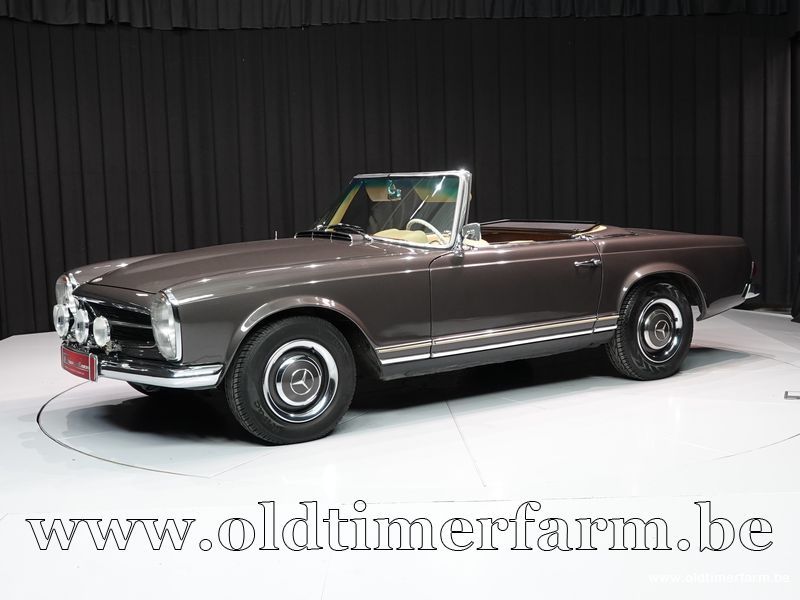 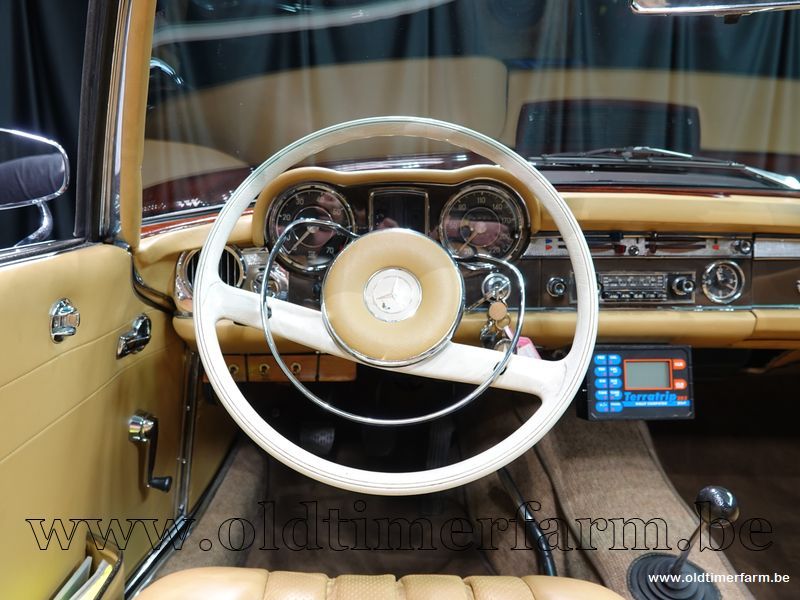 The original 300SL established the SL name, but it was the family of SLs, starting with the 1963 230SL, that made it big business for Mercedes. Effectively replacing the 190SL and 300SL, the '63 230SL was about the same length as the 190SL, but about the same width as the 300SL and, like the 300SL, powered by a fuel-injected six-cylinder engine. It was plusher than the 190SL, but less expensive than the lavishly detailed 300SL, and so civilized that it was the first SL to be offered with air conditioning and an automatic transmission.
With its square cut lines, the 230SL set the styling idiom for subsequent Mercedes products throughout the '60s. But it was the optional hardtop, which dipped at the center, that was the car's most distinctive feature. It was designed to maximize the height of the side windows to improve visibility and ease getting in and out of the car. The result was a roof that looked like a pagoda, and that became the name that stuck with the car.
Like the 190SL, the 230SL's chassis was strictly conventional (for a Mercedes). The suspension consisted of double wishbones up front and the rear still had those somewhat nasty swing arms. The body was mostly made of steel, except for the doors, hood and deck lid, which were aluminum. Mercedes also claimed that this new SL was the first sports car to feature a rigid cockpit protected by front and rear crumple zones (which the company had pioneered on its sedans). It was the first passenger car to have an alternator rather than a generator and the first sports car with an automatic transmission (conveniently overlooking that the first Corvette in 1953 was offered only with a two-speed automatic).

Power for the 230SL came from a slightly enlarged version of the 2.2-liter OHC straight six then powering the maker's mid- and full-size sedans. Displacing 2.3 liters and breathing through Bosch mechanical fuel injection, it was rated at a full 170 horsepower. The manual transmission was a conventional four-speed, but the optional automatic used a fluid coupling instead of a torque converter and functioned as a clutchless semiautomatic.  The 230SL was a sensation, attracting not just men but — thanks to the automatic transmission, elegant appearance and tasteful appointments — women. It wasn't really a sports car as much as a relentlessly practical (even the trunk was large) two-seater of grace, luxury and competence. And Mercedes didn't tamper with it much over the next eight years.