The Mercedes-Benz W187 was produced from 1951 to 1955. A luxury car it was introduced at the Frankfurt Motor Show in April 1951, the W187 was powered by a inline six-cylinder engine and available as a saloon, coupé, and cabriolet, all designated with the 220 model name.

Despite its pre-WW II reputation as a manufacturer of luxury cars, in the immediate post-war years Mercedes-Benz produced only four-cylinder-engined cars. The W187 Mercedes-Benz 220 and flagship W186 Mercedes-Benz 300 Adenauer introduced together in 1951 were the first Mercedes to once again feature six-cylinder engines. 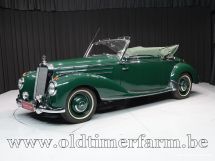 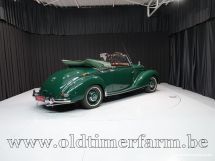