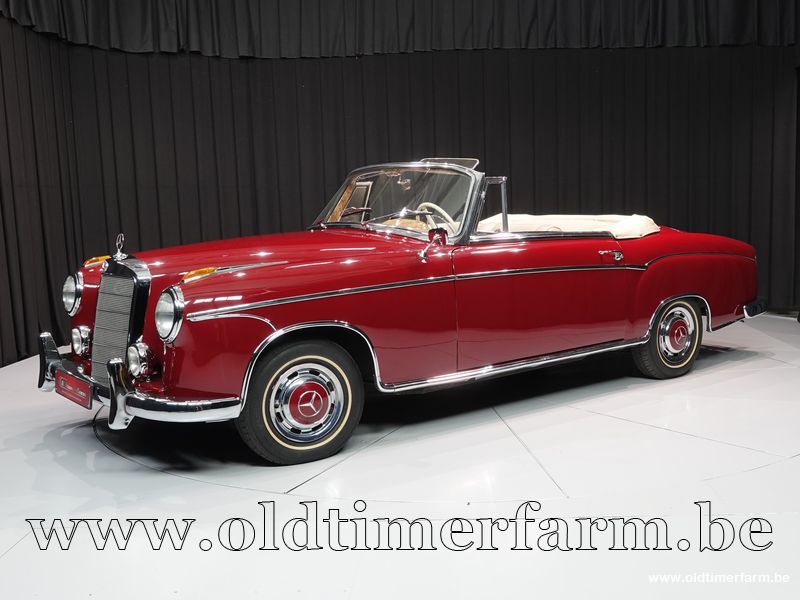 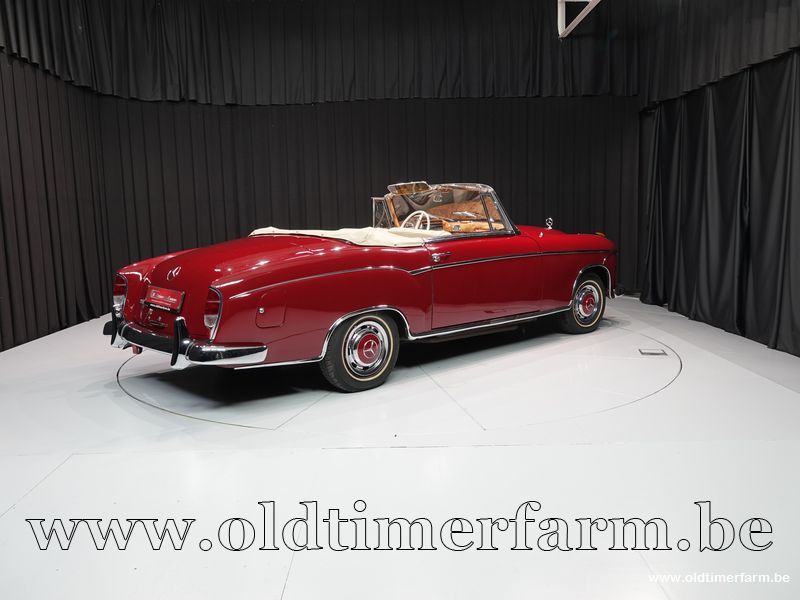 In July 1953, the first post-war Mercedes appeared: the pontoon type. Succeeding the type 170, they will be built until 1959 or 1962 depending on the model.  Ponton (from the English pontoon: its first meaning (American meaning) designates an automobile bodywork element integrating both the wing and the fender. Ponton in its European meaning, also adopted by the British, designates a model car with the doors merging into the fenders, both front and rear.This is how a group of Mercedes-Benz models is called the “Ponton” type.

These cars are very well finished, they have a wide range of accessories (radio, fog lights, additional rear heating, leather, armrests, etc.) and a very complete dashboard and luxurious for the time.  The first three digits designate the displacement, and the capital letters D, S, E, L indicate the different versions, from the basic to the most luxurious.

In April 1956 appears the 220 S with double Solex carburettor which develops more than 100 horsepower, which it can exceed because it can under certain conditions reach 6000 rpm with nervousness and torque worthy of the sports cars of the time. The brakes are servo-assisted and their efficiency is comparable to that of a sedan from the 1970s.

They were manufactured until 1959 or 1962 depending on the model.