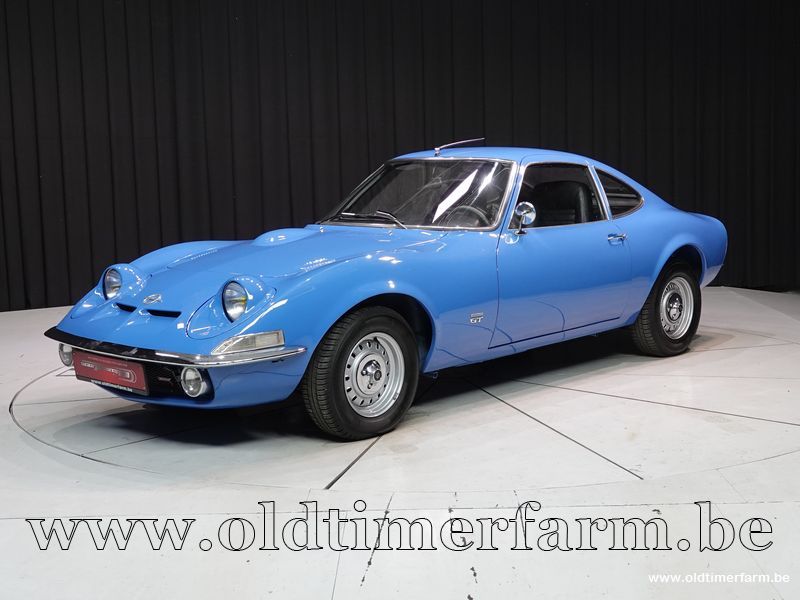 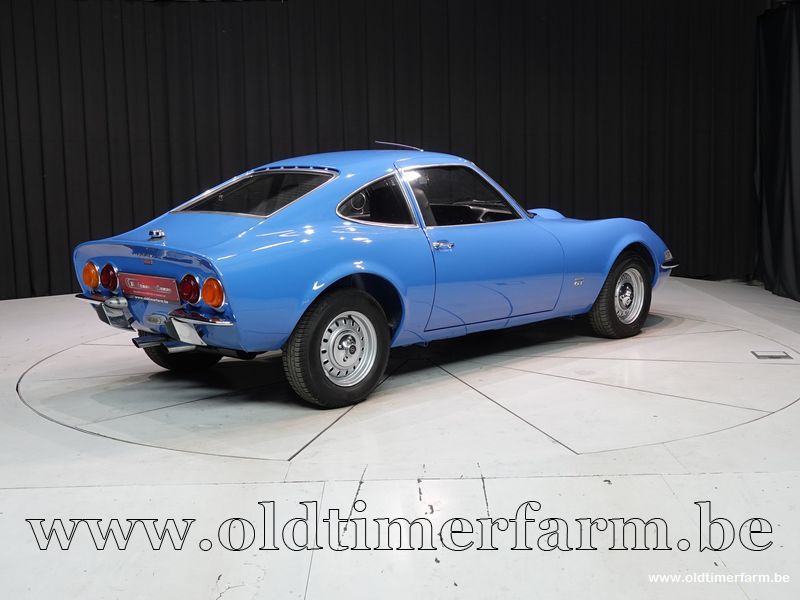 The Opel GT was produced between 1968 and 1973. Its line is unmistakably reminiscent of the Corvette C3 released the same year. Its design is due to Clare McKichan and Chuck Jordan, designer of the Corvair, Camaro and Corvette StingRay. A total of 103,463 cars were produced, all models combined. The Opel GT was initially fitted with a 1,100cc inline 4-cylinder engine, developing 60 DIN hp at 6,000 rpm. However, most buyers choose the optional 1900 cc engine of 89 DIN bhp. The Opel GT has absolutely no exterior trunk or hatch. There is a storage space only accessible from the inside and separated from the passenger compartment by a stretched canvas. This is also the way to access the spare wheel and the tool kit. Its interior is particularly large for a car of this size thanks to its original design and sufficient headroom for a person of 1.80 m.