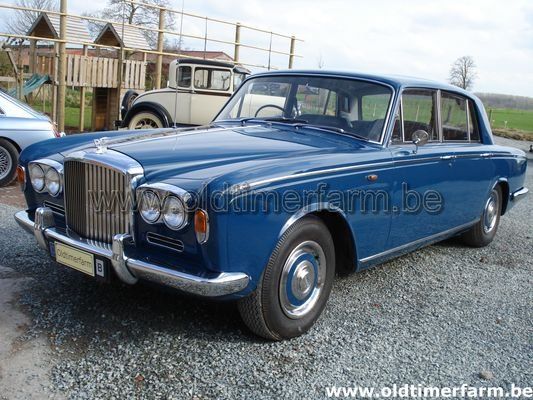 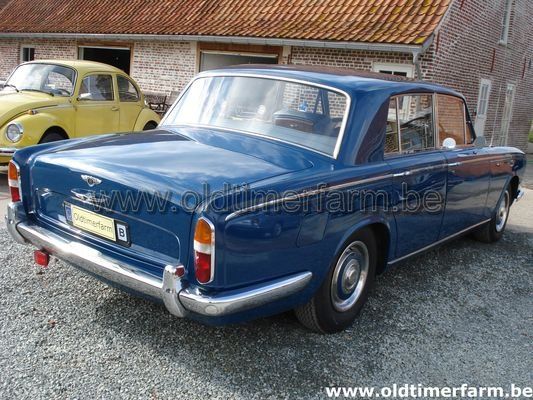 This car is new at Oldtimerfarm in Aalter Belgium. We specialize in consignment sales of collection cars. We are proud we can offer this car for sale. A more detailed description will soon follow. In the meantime you can have a look at the very ample photo coverage on the website. Of course Olivier will be very happy to give you all possible explanations by phone on 0032/473.11.73.00.

The Bentley T-Series was the Bentley badged version of the Rolls-Royce Silver Shadow. It was available as a four door saloon or a two door saloon with coachwork by James Young and Mulliner Park Ward: a two door convertible was introduced in September 1967 with coachwork by Mulliner Park Ward and a power operated hood. The Bentley was differentiated from its Rolls Royce sibling by its front grill. The other point of difference to attract comment was said to result from the lower production cost of the Bentley grill. In October 1966 the T saloon's pretax 'list price' of GBP 5375 undercut that of the Rolls-Royce by GBP 50.
The Bentley, being technically an identical twin of the Rolls-Royce, seems to have been bought mostly by owners wishing a little more understatement. The formerly more sporting image of Bentley motor cars differing from Rolls-Royces was gone by the time the Silver Shadow/Bentley T was introduced and thus couldn't motivate buyers any more. "For a while Bentley´s sporting character has been as absent and as lamented as [deceased racing driver] Mr Seaman. The last batches of Bentleys have, to be rather frank, been a little hard to distinguish from their Rolls-Royce stablemates" was the opinion of Archie Vicar in the Motorist´s Illustrated Digest (Dec 1965). The same correspondent gave the car a favourable review, especially in comparison to its Rolls-Royce stablemate. The outward appearance of a Bentley T is slightly more dynamic because the bonnet design is a few centimetres lower and the radiator shell shape with its rounded edges is smoother. In addition, the badging on wheel covers, boot lid and gauges featured Bentley motifs rather than Rolls-Royce ones. Standard features included electrically operated windows and electrically adjustable front seats.
The upgraded T2 featured rack and pinion steering, improved air conditioning, rubber bumpers, a new fascia and a front air dam, similarly to the Rolls-Royce Silver Shadow II.
The T1 was manufactured from 1965–1977 and the T2 was made from 1977-1980.