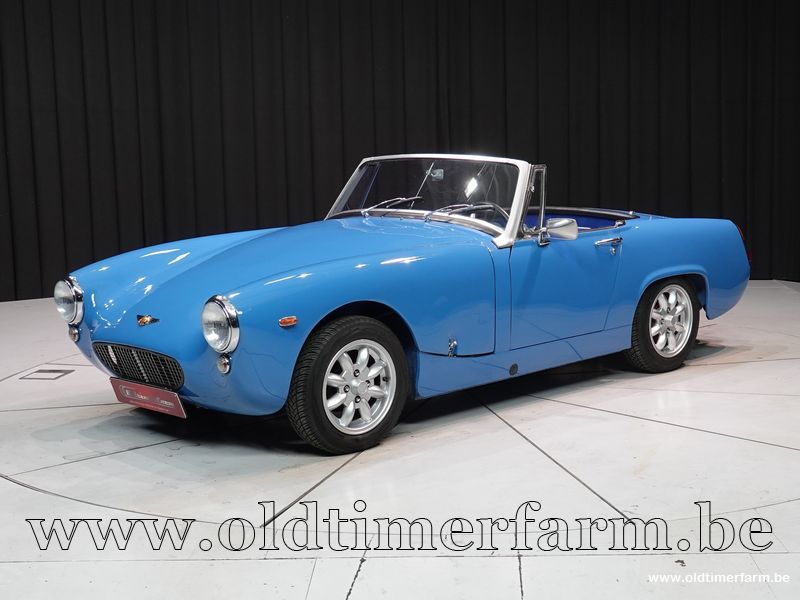 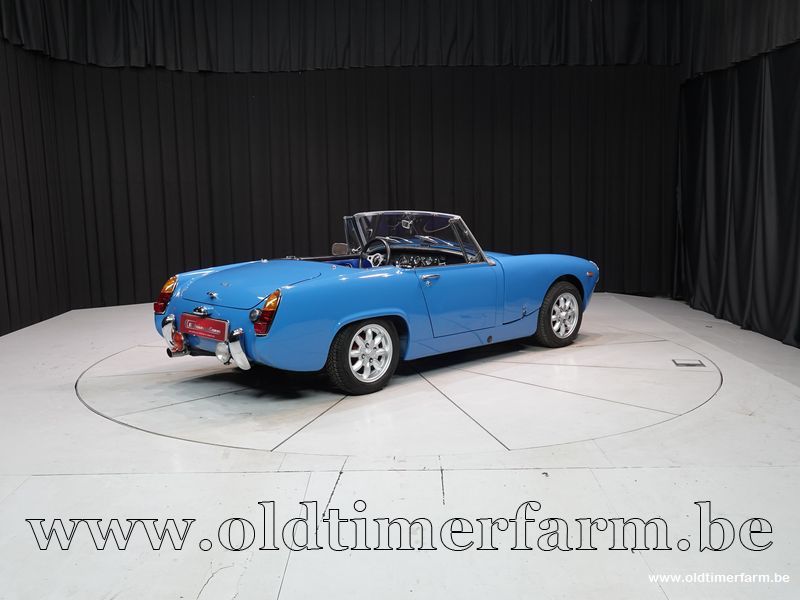 The Austin-Healey Sprite was announced to the press in Monaco, just before de 1958 Monaco Grand Prix. It was intended to be a low-cost model that "a chap could keep in his bike shed", yet be the successor to the sporting versions of the pre-war Austin Seven. The Sprite was designed by the  Donald Healey Motor Company, with production being undertaken at the MG factory in Abingdon. In 1961 the Sprite was joined by a badge-engineered version version, the Midget, reviving a model name used by MG from the late 1920s through to the mid 1950s. Enthusiasts often refer to Sprites and the later Midgets collectively as "Spridgets."

The Sprite quickly became affectionately known as the "frogeye" in the UK and the "bugeye" in the US, because its headlights were prominently mounted on top of the bonnet, inboard of the front wings. The car's designers had intended that the headlights could be retracted, which never happened.

The problem of providing a rigid structure to an open-topped sports car was resolved by Barry Bilbie, Healey's chassis designer, who adapted the idea provided by the Jaguar D-type, with rear suspension forces routed through the bodyshell's floor pan. The Sprite's chassis design was the world's first volume-production sports car to use unitary construction, where the sheet metal body panels (apart from the bonnet) take many of the structural stresses. The original metal gauge (thickness of steel) of the rear structure specified by Bilbie was reduced by the Austin Design Office during prototype build, however during testing at MIRA (Motor Industry Research Association) distortion and deformation of the rear structure occurred and the original specification was reinstated. The two front chassis legs projecting forward from the passenger compartment mean the shell is not a full  full monocoque. The front sheet-metal assembly, including the bonnet (hood) and wings, was a one-piece unit, hinged from the back, that swung up to allow access to the engine compartment.  The 43 bhp, 948 cc OHV engine (coded 9CC) was derived from the  AustinSeven A35 and Morris Minor (also BMC products). The rack and pinion steering was derived from the Morris Minor 1000 and the front suspension from the Austin A35. The front suspension was a coil spring and wishbone arrangement, with the arm of the Armstrong lever shock absorber serving as the top suspension link. The rear axle was both located and sprung by quarter-elliptic leaf springs, again with lever-arm shock absorbers and top links. There were no exterior door handles; the driver and passenger were required to reach inside to open the door. There was also no boot lid, owing to the need to retain as much structural integrity as possible, and access to the spare wheel and luggage compartment was achieved by tilting the seat-backs forward and reaching under the rear deck, a process likened to potholing by many owners, but which resulted in a large space available to store soft baggage.