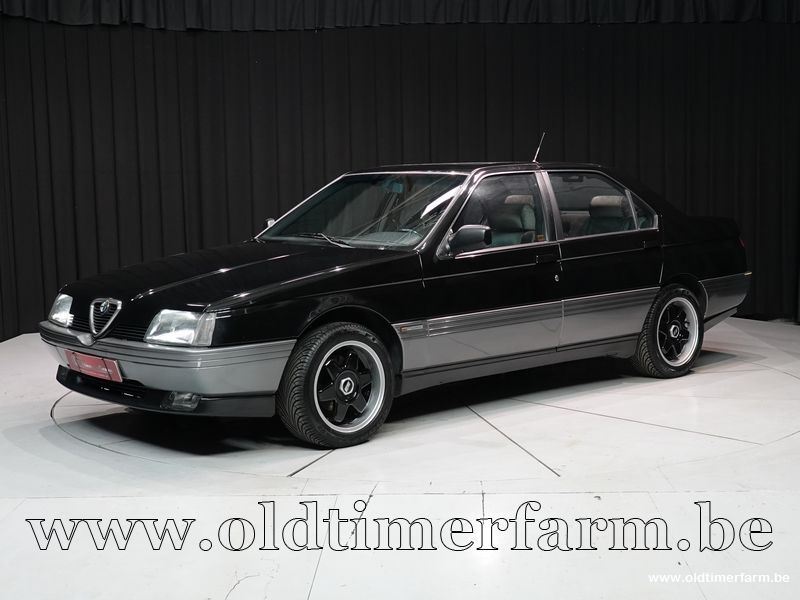 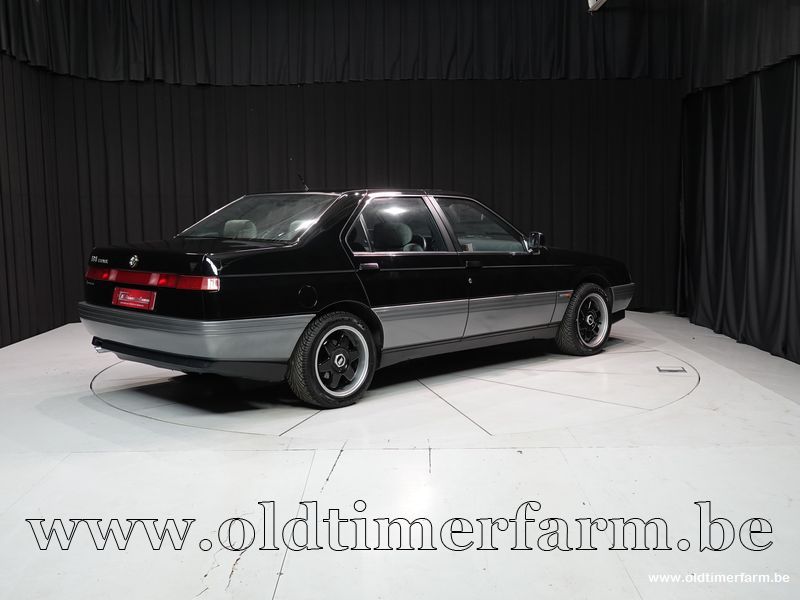 Enrico Fuma and Pininfarina was responsible for the 164 design, with the first 1:1 scale model produced in 1982.  Design cues were publicly revealed on the Alfa Romeo Vivace concept car, which was exhibited at the 1986 Turin Motorshow that went on to influence the design of the Alfa Romeo GTV and Spider (916 series) launched in 1994.

The 164 became the first Alfa to benefit from extensive use of computer aided design, used to calculate structural stresses that resulted in a very rigid but still relatively lightweight chassis. Although sharing the same platform as that of the Lancia Thema, Fiat Croma and Saab 9000, , by virtue of the fact that it was the last of the four to enter production, it featured unique front suspension geometry and the most distinctive styling of the lot. In fact, for example, the other cars all shared identical side door panels. Though still voluminous, the 164 had the tightest aperture to the rear boot, which had a 510-Litre capacity.

Overall, the 164 also benefitted from improved build quality relative to previous Alfas, due to the extensive use of galvanised steel for the frame and various body panels for the first time in the brand's history. Moreover, the car featured advanced (but notoriously troublesome) electronics because of the most complex wiring harness fitted to any Alfa Romeo. For example: it had three onboard computers (one for air conditioning, one for instrumentation, and one for the engine management); air conditioning and instrument functions shared a multiple-mode coded ZilogvZ80-class microcontroller for dashboard functioning). The instrumentation included a full range of gauges including an advanced check-panel.

Its interior was spacious and modern, available with standard velour seating or leather trim depending on the model. Its dashboard continued the avantgarde design of the exterior with a centre console that was dominated by a large number of seemingly identical buttons arranged in rows. Air-direction within the ventilation system was controlled by a pair of servomechanisms, which were constructed using notoriously fragile plastic gears that were prone to failure.

Depending on the model, the 164 featured automatic climate control and electronically controlled damping suspension - the latter, for example, in the sports-oriented Quadrifoglio Verde ("Green Cloverleaf ") and 164S models. This suspension actively reduced damping in response to conditions to provide a dynamic compromise between road holding and comfort.