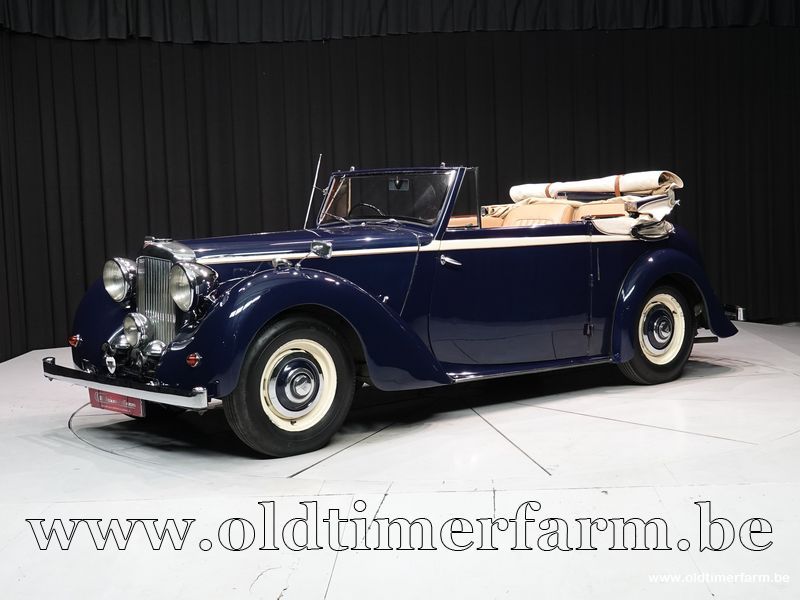 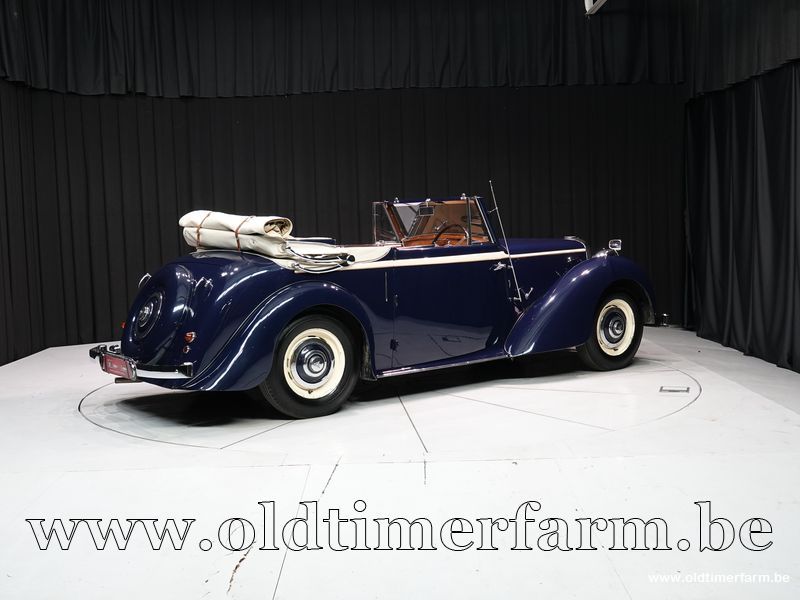 The Alvis Fourteen also known as TA 14 was the first car to be produced by major defence contractor Alvis cars after World War II. The entire car factory had been destroyed on the night of Thursday 14 November 1940.  Announced in November 1946 it was made until 1950 when its postwar austerity 1900 cc engine was replaced by the 2993 cc 26.25 HP (tax rating) Alvis three Litre dot TA21.  The Fourteen was available as a four-door sports saloon built for Alvis by Mulliners of Birmingham but also by Tickford, Carbodies and Mead as drophead versions.

The Tickford company was located in Tickford in near Newport-Pagnell (Buckinghamshire). Its products were marketed under the Tickford trade name. It began to manufacture bodies in 1898 with great success. She notably collaborated with BSA, Hillman, Daimler, MG, Rover, Triumph and others.

At the end of the 1930s, Tickford employed 450 people and produced 30 bodies a week. After changing owners in 1943, it was taken over in 1955 by David Brown, who had already acquired Aston Martin and Lagonda. In 2001, the Tickford group was acquired by Prodrive before selling its shares to the multinational company Intertek based in London.