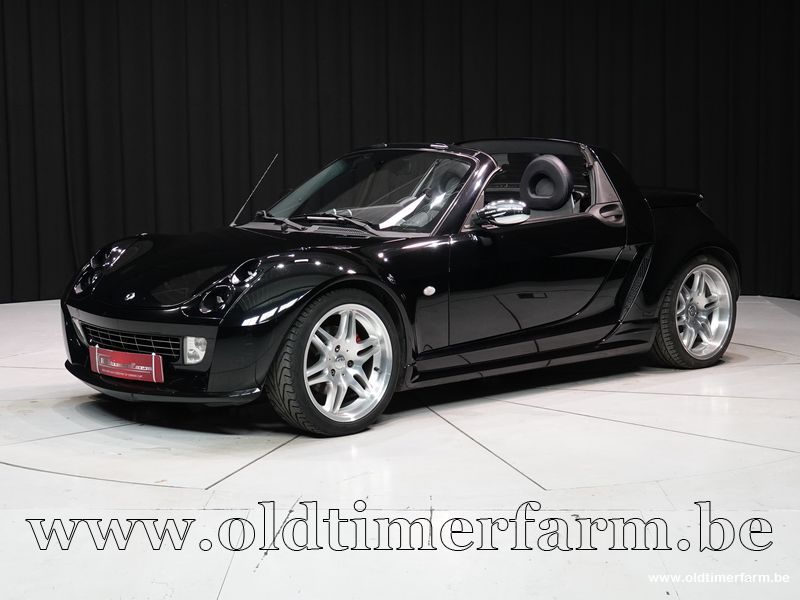 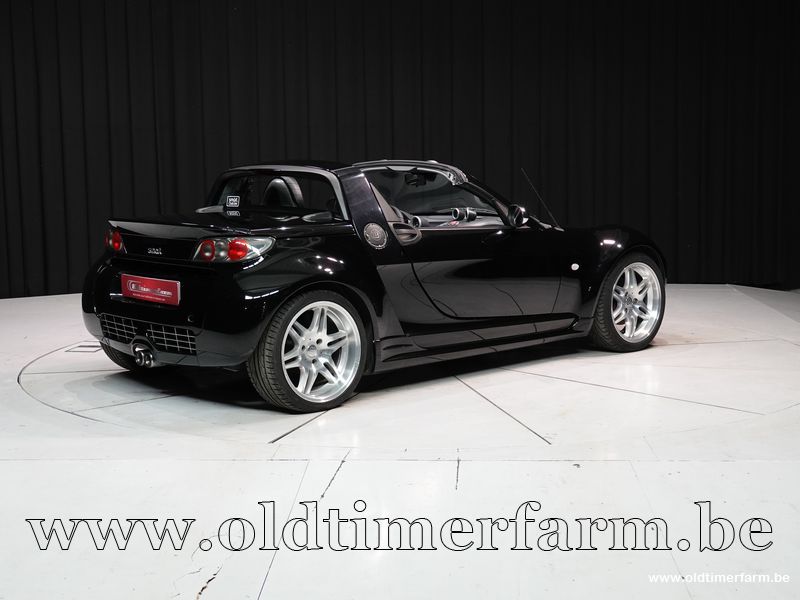 The Smart Roadster (W452) is a two-door, two-seater sportscarirst introduced in 2003 by Smart GmbH. Sales of the Roadster and Roadster Coupé met expectations, however, warranty claims resulted in a halt of production of both models in November 2005 after 43,091 Roadsters were made. The last one built now resides in the Mercedes-Benz Museum.

. Under design director Jens Manske in autumn 1998, Smart's 14 person design and engineering team began to sketch possible future Smart cars. They soon realised that the powertrain of the City-Coupe was ideal for a small sports car, with a compact turbo engine driving the rear wheels via a 6-speed automated manual gearbox.

Following Smart's ‘reduce to the max’ philosophy and general innovative approach, a concept for a super compact, practical, and pure sports car was generated. Two quarter-scale exterior and two quarter-scale interior models were made in February 1999 with Volker Leutz's exterior and Christoph Machinek's interior proposals selected for development into full-size development models. The design of the car had progressed considerably by the time Michael Mauer officially arrived from Mercedes-Benz's Japan design centre to take over Menske's position in May 1999. Mauer worked closely with the design team to quickly develop the roadster, with the intention now of producing a show car for the upcoming 1999 IAA motor show in Frankfurt.

By June the full-size models of the roadster were handed over to Stola in Italy for production of the show car model, which was produced in about three months for the car's debut at the Frankfurt show. The Roadster concept was well received at Frankfurt and helped to convince management that the car should be developed for production. At the same time, a decision was made to develop Mauer's idea for a coupe version as a concept car for the Paris motor show a year later. As the development of the coupe concept began, so the roadster show car was developed over the following year with both exterior and interior designs completed by November 2000. However, colour and trim design continued until a year later.

By early 2000, the Smart City-Coupe had finally started to gain sales momentum, with its Cabrio version making a significant addition to total Smart sales. In March Mauer left Smart for Saab, succeeded by Hartmut Sinkwitz in May. As the third design director of Smart during the Roadster's development, Sinkwitz had to bring the concept to production in a very short time. This task may have been made somewhat easier by the Roadster having been designed from the start to use existing powertrain and other City-Coupe components. Given some of the advanced design features, it is a credit to the design team that so much of the concept car made it to production.

The company began with Bodo Buschmann wanting to customize his cars, but discovered most existing customizers could not grasp his vision or meet his requirements, so he decided to start his own brand. After Buschmann had decided to start his own brand, Brabus GmbH was originally registered in 1977 in West Germany with Buschmann's friend Klaus Brackmann because German law required a company must be established with at least two people. The company name was derived from the first three characters of the founders' surnames (Brackmann, Buschmann). Following the company's foundation, Brackmann did not show interests in modifying vehicles or running a business, so he sold his company shares to Buschmann for 100 euros.

In 2012, Brabus had started building its third factory in Bottrop.