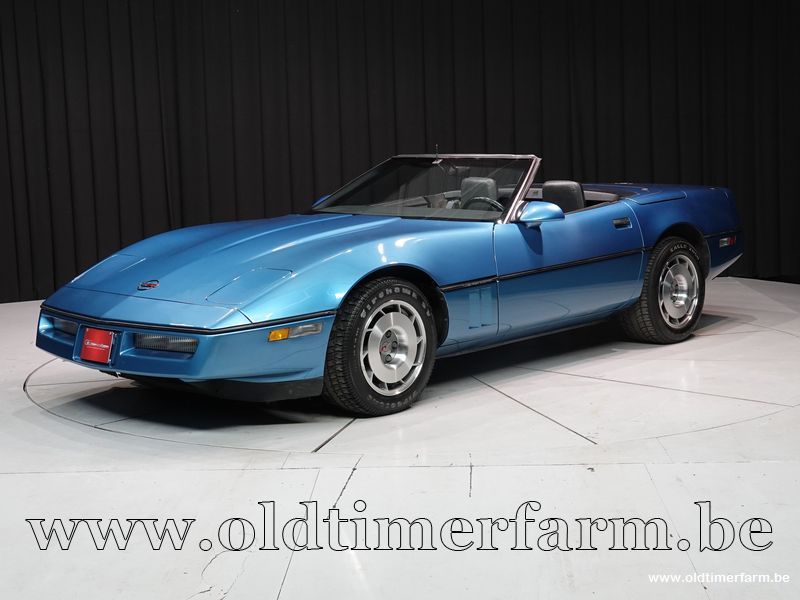 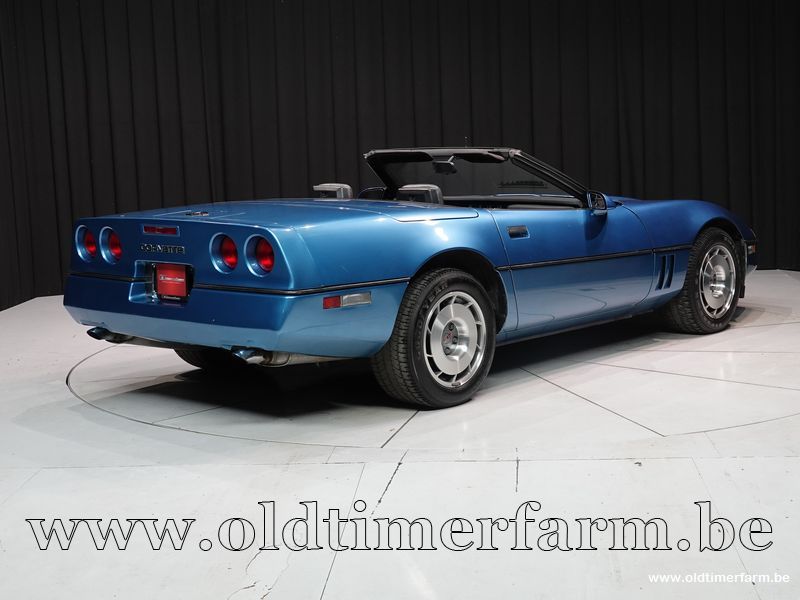 The C4 Corvette represented a clean break from the C3 (designed by Zora Arkus-Duntov, with a completely new chassis, and more modern styling. It was the work of a team under chief Corvette designer Dave McLellan, who'd taken over from Duntov in 1975. The C4 fastback coupé was the first general production Corvette to have a glass hatchback (the limited edition 1982 Collector Edition being the first Corvette equipped with this feature) for better storage access. The roof panel made from fiberglass or optionally from clear acrylic was removable. The Corvette C4 came standard with an electronic dashboard with a digital liquid crystal display instrument cluster. It displayed a combination of graphics for speed and RPM, fuel level, and used digital displays for other important engine functions. For the first time since 1957, the Corvette used single headlights instead of quad units, but they were still retractable.

Since emissions regulations were still changing and electronic engine management was in its infancy, engine power output was low compared to earlier generations. The primary design emphasis at launch was therefore focused on handling and braking, with an all-independent light-weight suspension and wheels and all new brakes with aluminum calipers. Spring rates were sequentially softened for the 1985 model year. The C4 did not use separate body-on-frame construction like its predecessors. Instead, it used what GM termed a "uniframe", which consisted of a traditional perimeter frame, with the door posts, windshield frame, halo U-shaped frame overhead behind the seats and the rear portion of the floor pan integrated into one welded assembly. This was not a unibody assembly, as none of the exterior body panels were structural members. Due to a styling decision to use a targa-top instead of T-tops, there was no structural member tying the windshield frame to the halo as on the C3. This required extremely tall side rails on the frame to maintain chassis rigidity, and as a result, the door sills were quite deep, with entry and exit likened by contemporary auto journals to a "fall in and climb out" experience. The targa top bolted into place, becoming a structural component, rather than simply latching on like T-tops. The emergency brake, located between the door sill and the drivers seat, was moved lower and toward the rear of the car in 1987 for easier entry and exit.

The 1986 Corvette saw the return of the convertible and the introduction of the Pass Key I passive anti-theft system, wherein each key contained a special pellet that could be detected and identified by the car's computer system by detecting electrical resistance. Being early in the rollout of this new technology, there were only 15 different resistance values available. Once thieves discovered this weakness, it markedly reduced the value of this early system.