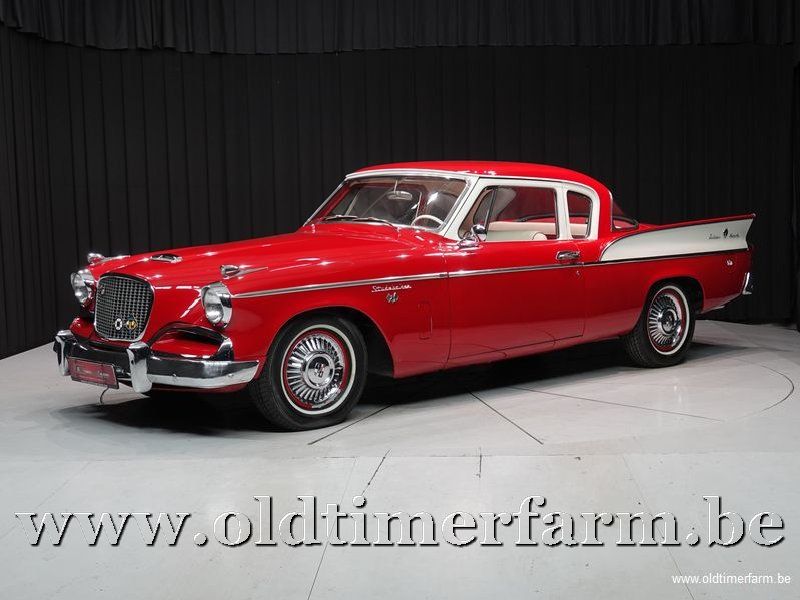 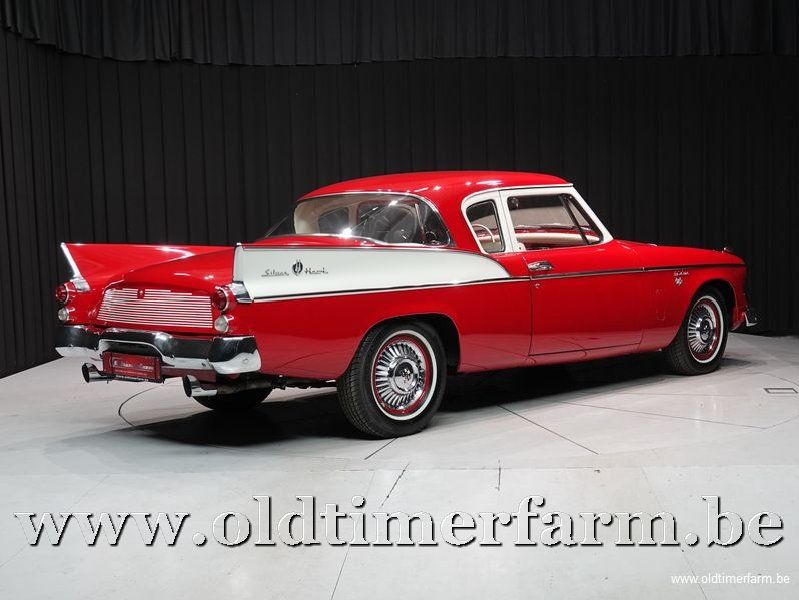 The Studebaker Silver Hawk was produced between 1957 and 1959  . There were four versions, pillared Flight Hawk and Power Hawk, and hardtop Sky Hawk and Golden Hawk. The Silver Hawk model was not produced in 1956, the first year of the Hawks. The same basic car was produced for two more years (1960 and 1961) as simply the Studebaker Hawk, since from 1959 onward no other Hawk models were being sold.

The Silver Hawk was the replacement for the two lower models in the four-model Hawk range in 1956, the Flight Hawk which carried the Champion 185 cu. in., six-cylinder 101 hp (75 kW) powerplant and the Power Hawk with the Commander's 259 in³ (4.2L) V8. Both of these models were two-door pillared coupes in the US market (based on the 1953 "Starlight" coupe body), and therefore, so was the Silver Hawk, which came in two differently-engined models with either the aforementioned Champion six or the 289 cu. in. (4.7L) President V8 engine (delivering 210 HP from the two-barrel, 225 HP from the four-barrel with dual exhaust). The Commander V8 was not offered in U.S. models; it was, however, the largest engine available in most overseas markets.

In appearance, the Silver Hawk was somewhat plainer in appearance than the Golden Hawk, the senior of the two Hawk models in 1957–1958. There was a little bit less chrome, no supercharger or bulge in the hood, and a simpler two-tone paint scheme was adopted — simply one color below the chrome belt line and another above, but unlike the Golden Hawk, the lower color included the fin. Some dealers painted the fin only, and sometimes the deck lid recess and or the left and right "side grills" were painted in a contrasting Studebaker color. These usually matched the interior, some were Blue, Gold, Red or Black and were actually better looking according to many owners than the factory two-tone paint scheme.

In the midst of a financial crisis at Studebaker after a disastrous recession-year performance in 1958, the Golden Hawk was dropped; the Silver Hawk, which had sold somewhat better, was retained in the lineup.