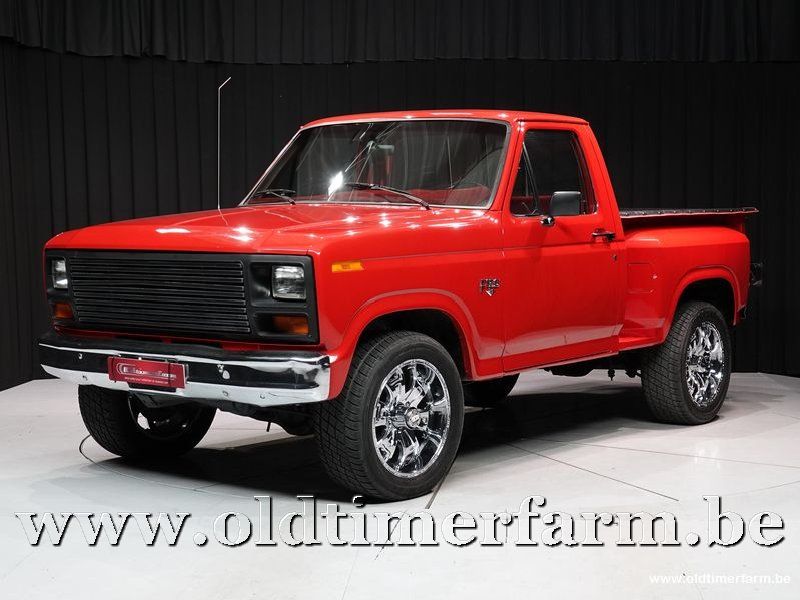 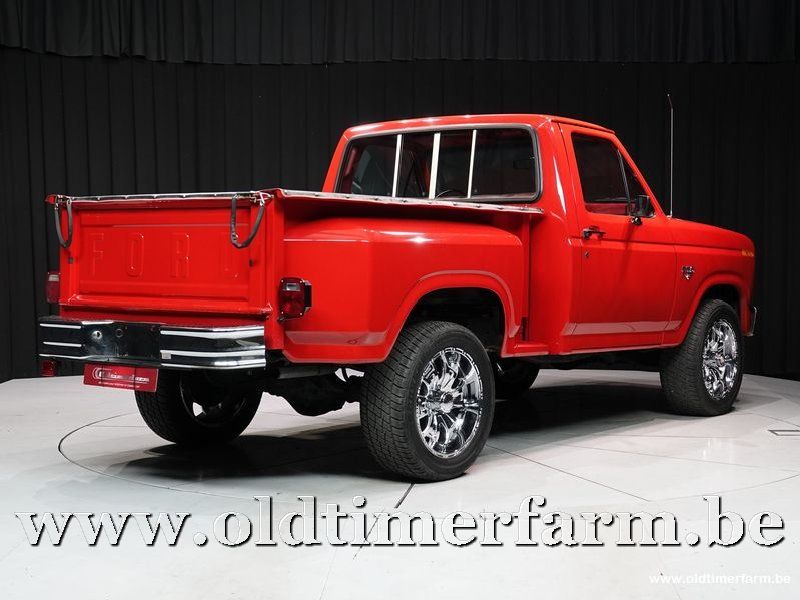 The 1980 F-Series was designed with an all-new chassis and larger body; this was the first ground-up redesign since 1965. The exterior styling of the truck was redone to improve aerodynamics and fuel economy. Medium-duty F-Series (F600-F900) were also redesigned; although they shared the cabin of the smaller pickup trucks, the largest version of F-Series now wore a bonnet with separate front wings (like the L-Series). Medium duty Ford F-Series would carry the 1980–1986 interior design until 2000 (though pickups were restyled again in 1987 and 1992), with very subtle changes such as window glass and electronics.

A noticeable change was made to the F-Series in 1982 as the Ford "Blue Oval" was added to the center of the grill, also the Ranger and Custom trims were no longer available. The Ranger name had been shifted onto the all-new compact pickup developed as a replacement for the Courier. The new trim levels were a no-badge base model (essentially the new Custom), XL, a very rare XLS, and XLT Lariat.

1986 marked the final year that the F-150 was available with a 3-speed manual gearbox that shifted via a steering column lever (3-on-the-tree). Incidentally, this was the second-to-last vehicle in the United States to offer this set up. 1986 was also the last year the Explorer package was available.

This is the first generation of trucks to incorporate amenities such as power mirrors, power windows, and power door locks.