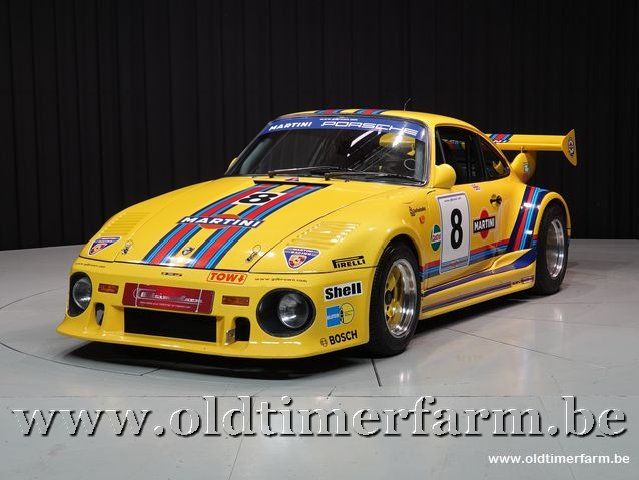 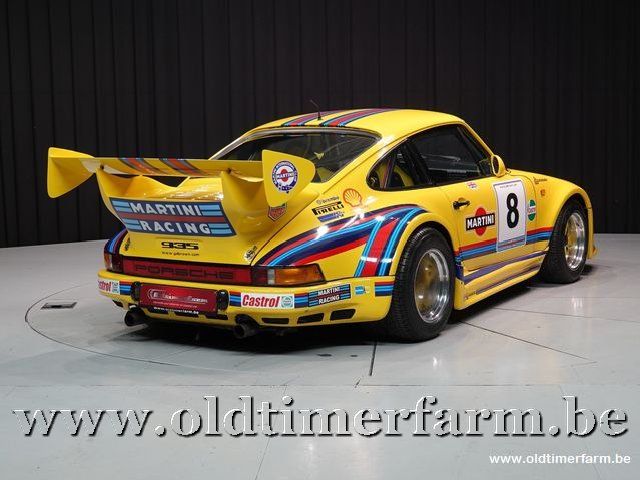 Introduced by Porsche in 1976 as a competition development of the 911 Turbo, the 935 was to evolve out of all recognition and, along the way, acquire an entirely new engine. Even in fairly basic form, the 911 derivative won most of the rounds of the World Championship of Makes securing the title for the Stuttgart firm. Until the advent of the Group C era in 1982, the 935 was the main weapon in Porsche\'s competition car armoury, the model winning the majority of World Championship races and securing the title for Porsche every season, with the exception of 1981.

This awesome 911 was built by Andrew Mirow, a well known road/race specialist based in Germany by taking a 1973 911 coupé and set about the painstaking transformation in 1997. The body was created by Folger with front/rear skirts and double deck wing with a DP-Motorsport group 4 rear apron. Brakes are from a 3.3 litre unit with hydraulic brake power regulators, braided brake hoses and Ferodo DS 3000 racing linings. The rubber consists of Fuchs shod Pirelli P-Zero\'s with power coming through from a Type 930 four speed gearbox with differential lock. Engine output has been increased to 580hp at 6800rpm with 1.2 bar boost pressure. Fuel arrives via twin feed pumps and a mechanical induction pipe with individual throttle valves alongside a charge air cooler/collector, K&N X-Stream and twin type K26 KKK turbochargers.

Creature comforts are sparse in the cockpit with Konig supplying the fibreglass competition seating, cockpit shielding, a full eight point roll cage and fire extinguisher with remote triggering and filling. The view from the cockpit begins with the correct OMP 35 racing dished steering wheel with instruments including exhaust gas temperature meter, fuel/air mixture by Racimex and adjustable in-car front/rear brake bias. All this and more appears on a comprehensive build sheet with an additional file of information accompanying the car. It has been described by the vendor (a speed freak normally on two wheels) as being \"staggering to drive\". Whether you buy this car for hillclimbs, circuit racing or a trip to the shops, this extraordinary 935 replica has to be treated with respect. One thing is for sure; this car is not for the inexperienced or faint hearted.