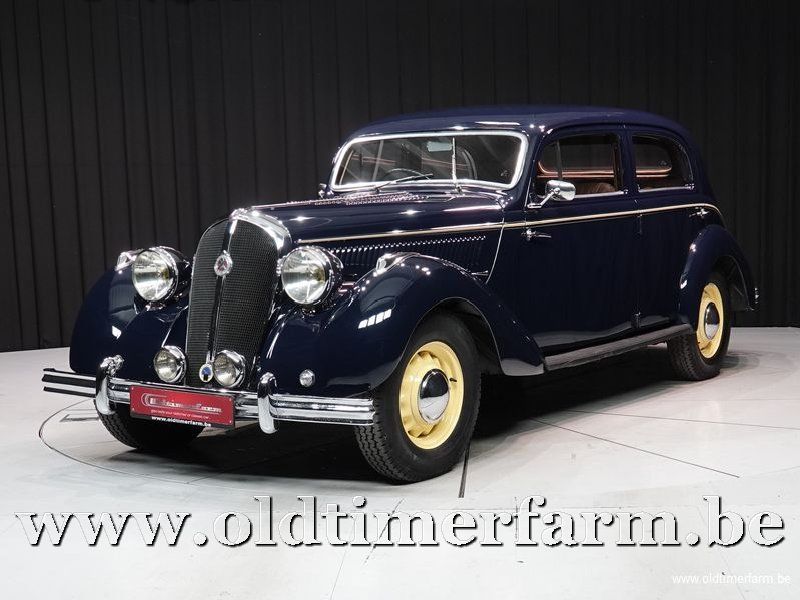 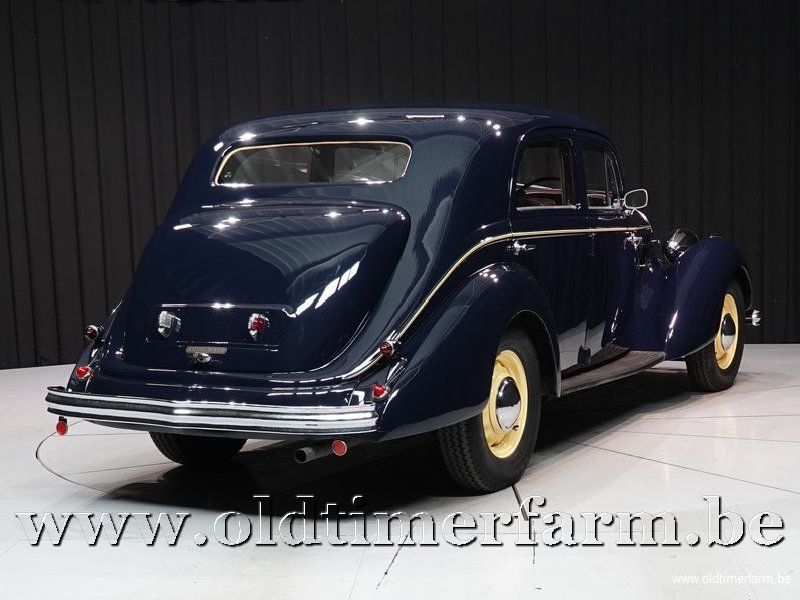 Hotchkiss cars were made between 1903 and 1955 by the French company Hotchkiss et Cie in Saint-Denis, Paris. The badge for the marque showed a pair of crossed cannons, evoking the company's history as an arms manufacturer. The company's first entry into car making came from orders for engine components such as crankshafts which were supplied to Panhard et Levassor, De Dion-Bouton and other pioneering companies and in 1903 they went on to make complete engines. Encouraged by two major car distributors, Mann & Overton of London and Fournier of Paris, Hotchkiss decided to start making their own range of cars and purchased a Mercedes Simplex for inspiration and Georges Terasse, previously of Mors, was taken on as designer. The first Hotchkiss car, a 17 CV four-cylinder model, appeared in 1903. The engine of the 20 CV type C was heavily based on the Mercedes Simplex except that wherever possible it used ball bearings rather than plain ones (including the crankshaft) and except the Hotchkiss drive. Six-cylinder models, the types L and O followed in 1907. The ball bearing engines lasted until the 30CV type X of 1910. In that same year Hotchkiss moved into a smaller car market with the 2212cc type Z. With the outbreak of World War I, the factory turned to war production and a subsidiary plant was opened in Coventry, England. Car production resumed in France 1919 with the pre war types AD, AD6, AF and AG. After an attempt to enter the luxury market with the AK, which did not get beyond the prototype stage, the company decided on a one model policy and introduced the Coventry designed AM in 1923. Later that year the Coventry plant was sold to Morris. Henry Mann Ainsworth (1884[1]–1971) and A.H. Wilde who had run it, moved to Paris to become general manager and chief engineer of the car division respectively. In 1926 construction of the new factory in the Boulevard Ornano was completed and Hotchkiss bought a steel pressing company allowing in-house manufacture of bodies. The one model policy lasted until 1929 when the six-cylinder AM73 and AM80 models were announced. "73" and "80" stood for the bore of the engines used, a naming theme picked up again later in 1936 after a brief hiatus. The AM models were replaced by a new range in 1933 with a new naming system. The 411 was an 11CV model with four-cylinder engine, the 413 a 13CV four and the 615, 617 and 620 were similar six-cylinder types. The 1936 686, which replaced the 620, was available as the high-performance Grand Sport and 1937 Paris-Nice with twin carburettors and these allowed Hotchkiss to win the Monte Carlo Rally in 1932, 1933, 1934, 1939, 1949 and 1950. The new naming scheme introduced in 1936 consisted of the number of cylinders, followed by the bore of the engine (in millimetres). Hotchkiss merged with Delahaye in 1954 to become Société Hotchkiss-Delahaye, but car production stopped in 1955 to be replaced by licence built Jeeps. In 1956 the company was taken over by Brandt, a household appliance maker, to become Hotchkiss-Brandt, who were again taken over in 1966 by Thomson-Houston. Military vehicles were made until 1967 and trucks until 1971.