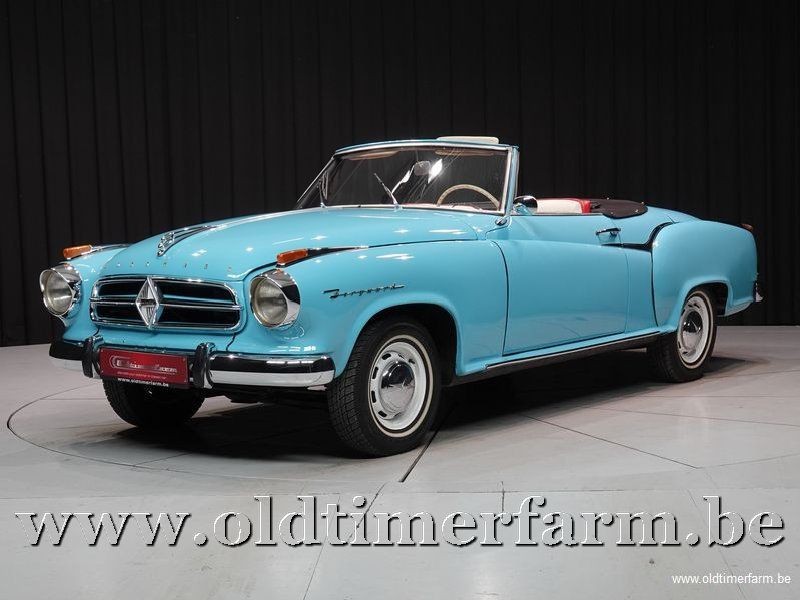 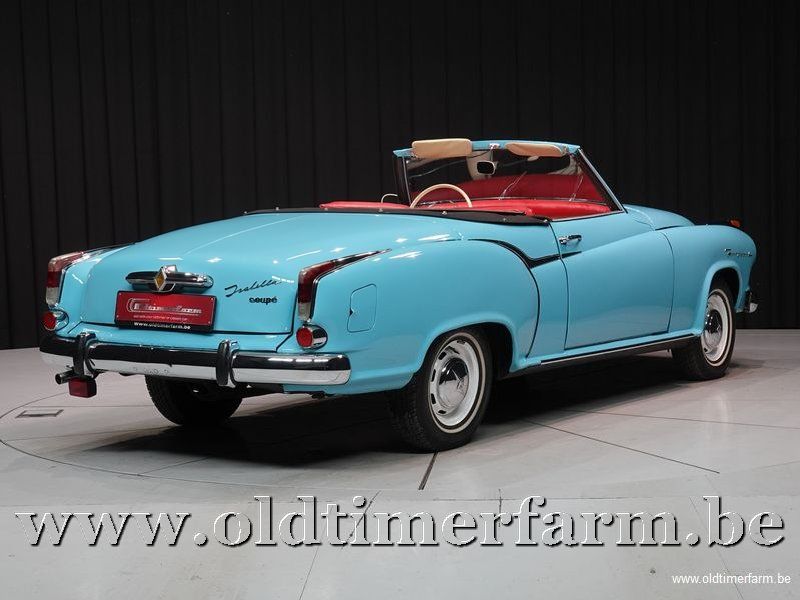 The Borgward Isabella is a medium sized two door saloon that was manufactured by the Bremen based auto-manufacturer Carl F. W. Borgward GmbH between 1954 and 1962. Initially the car was badged, like its predecessor, as the Hansa 1500, but within the company it was known from the beginning by the code name, Isabella (not after Carl Borgward's wife whose name was Elisabeth), and cars produced after 1957 bore the ‘Isabella’ name, inscribed eye catchingly within the rhombus at the centre of the front grill: in retrospect the car produced from 1954 is known as the Isabella to differentiate it from the (first) Hansa 1500/1800 which the company produced between 1949 and 1954.Despite its aspirational positioning in the marketplace, the Isabella had a smaller engine (and was marginally shorter) than its immediate predecessor. Late in 1952 the firm had launched their six cylinder Hansa 2400 model. The larger car never found many buyers; but in 1954 it made commercial sense to keep the two models from competing too directly with one another.

The Isabella was constructed without a separate chassis, applying the monocoque technique which during the 1950s was becoming the norm. Like its predecessor, the car was designed with a modern three box form, but the line of the Isabella was more curvaceous than that of the first Hansa, and the car’s body made greater use of chrome trim.
The Isabella featured a swing axle at the back: it was supported by coil springs on all four wheels. The four cylinder 1493 cc engine had a claimed power output of 60 bhp (45 kW) and later 75 bhp, and was connected by means of a then innovative hydraulic clutch to the four speed full synchromesh gear box. Gear changes were effected by means of a column mounted lever.An interesting story is there were only imported 10 units as an special car to Malaya in the early 50s,and 60s.