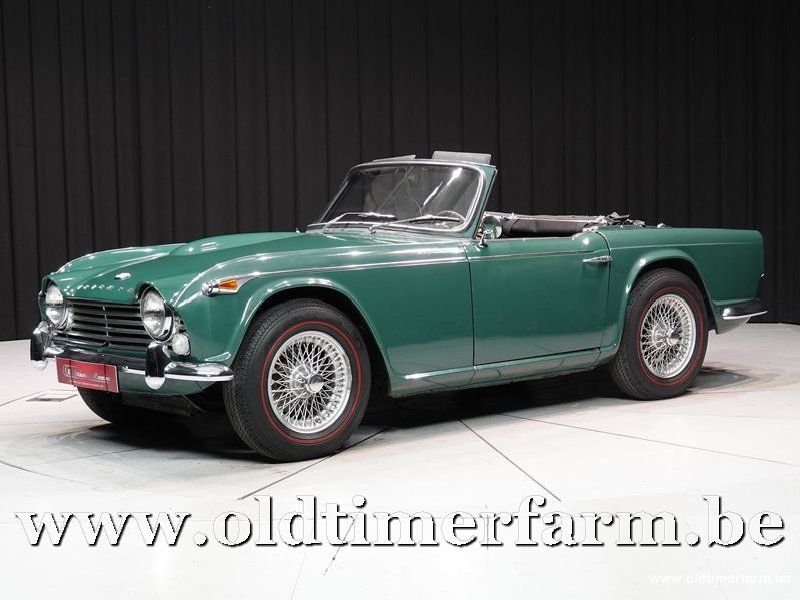 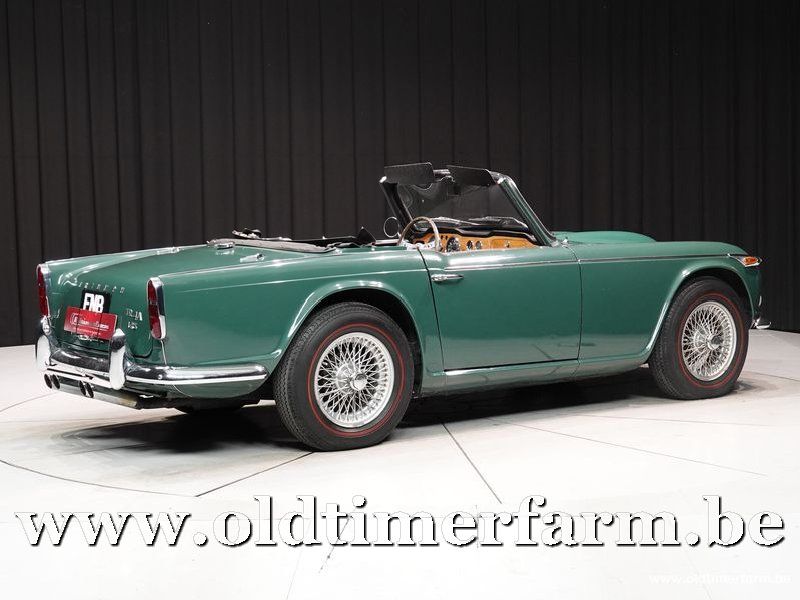 The Triumph TR range (Triumph Roadster) was the symbol of the spirit of the English sports car. After the TR2 & TR3 models of the 1950s, succession was needed. In the autumn of 1961 the TR4 is introduced at the London Motor Show. Designed by the Italian bodybuilder Michelotti, it shows a tense and angular profile that breaks with the round lines of its predecessors, its frame chassis remains classic and its rear axle is still rigid with leaf springs. It retains the old 2.2-liter engine of the TR3. This engine was later modified for use on Ferguson tractors, not the other way around as many believe.
In 1965, against a very strong competition, including the Alfa Giulia Sprint, the Lancia Fulvia and the Fiat cabriolet, Triumph must make concessions to progress and launches the TR4A which finally receives a new chassis and a rear suspension with independent wheels IRS ( Independant Rear Suspension). The characteristics of comfort and handling are now up-to-date.
TR4 gives way to the TR5 in 1967.