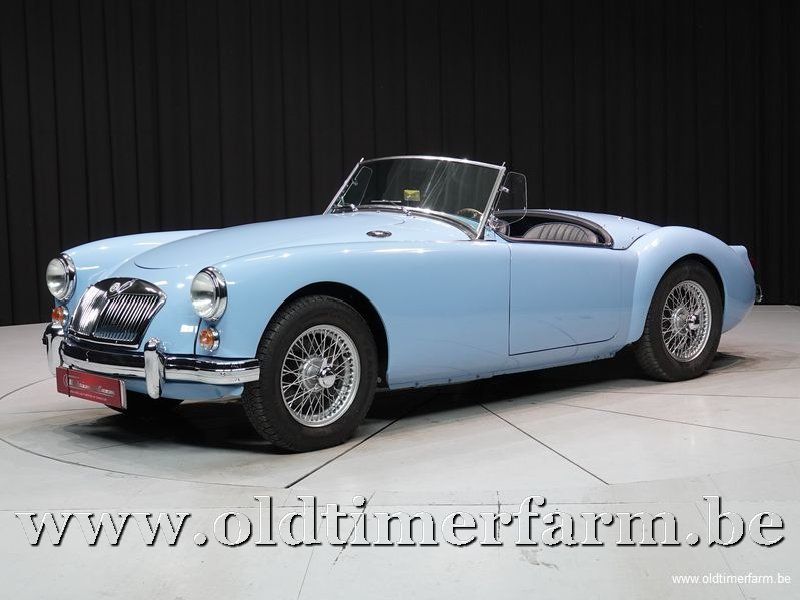 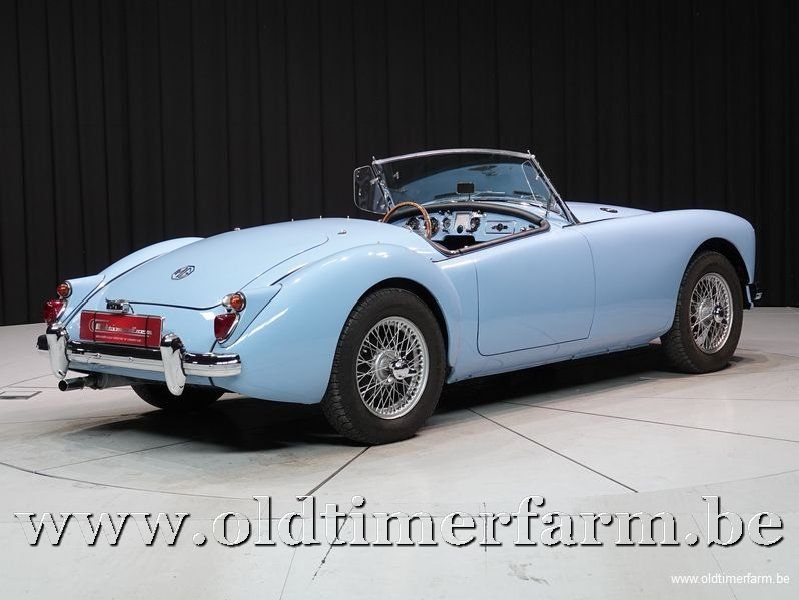 The MGA was produced from 1955 to 1962. The MGA replaced the older T-type cars and represented a complete styling break from the older vehicles. The car was officially launched at the Frankfurt Motor Show of 1955. It was replaced by the MGB when production ceased in July 1962.

A new chassis was designed with the side members further apart and the floor attached to the bottom rather than the top of the frame sections.  There was also a new engine thaty was fitted with the BMC corporate B-Series type.  It was a body-on-frame design and used the straight-4 "B series" engine from the MG Magnette saloon driving the rear wheels through a 4 speed gearbox. Suspension was independent with coil springs and wishbones at the front and a rigid axle with semi-elliptic springs at the rear. Steering was by rack and pinion and was not power assisted.

In May 1959 the standard cars also received an updated engine, now at 1588 cc, and the front discs were fitted, but drums remained in the rear. Externally the car was very similar to the 1500 with a few minor differences.  A number of 1600 De Luxe versions were produced with leftover special wheels and four wheel disc brakes of the departed Twin-Cam, or using complete modified Twincam chassis left redundant by the discontinuance of that model. Seventy roadsters and 12 coupés were built.