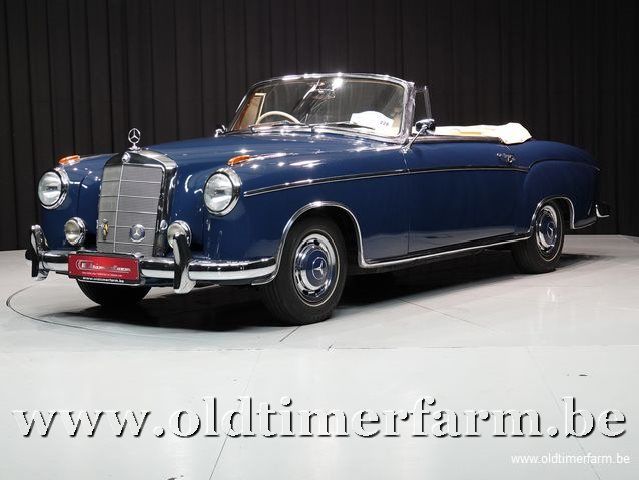 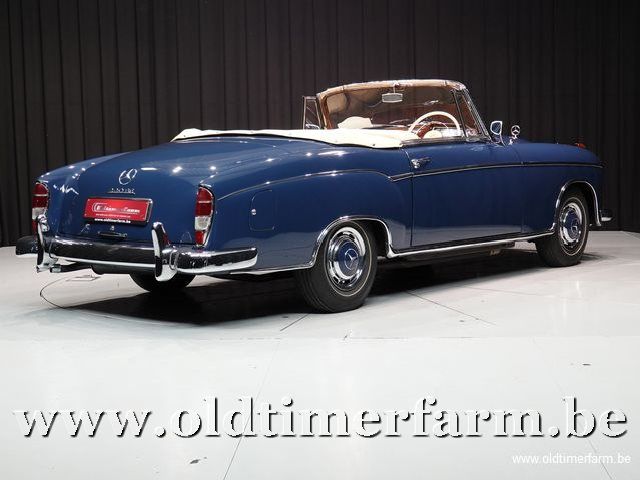 The Mercedes-Benz W128 is a 6-cylinder luxury car produced from 1958 to 1960. It was available in sedan, coupé or cabriolet. Marketed as the Mercedes-Benz 220SE, it was the last of the "Ponton" series which had design roots and styling cues beginning in 1953 with the Mercedes-Benz 180 sedan (W120 chassis).

The 220SE featured a unitized body/frame construction and fully independent suspension. All models were fitted with Mercedes' M127 Â 2.2 L (2195 cc) inline 6 gasoline engine with aluminum head, overhead camshaft, and Bosch mechanical fuel injection. An automatic clutch was available with the column-mounted 4-speed manual transmission. At the time, price was similar to Cadillac'Eldorado Biarritz a.o. Nearly every interior surface of the coupé and cabriolet was covered in leather, and matching leather luggage was available. However, power steering, windows, air conditioning, and an automatic transmission were not available. The W128 was succeeded by the "Fintail" series starting with the W111 line line. Only 1118 cabriolets were produced.