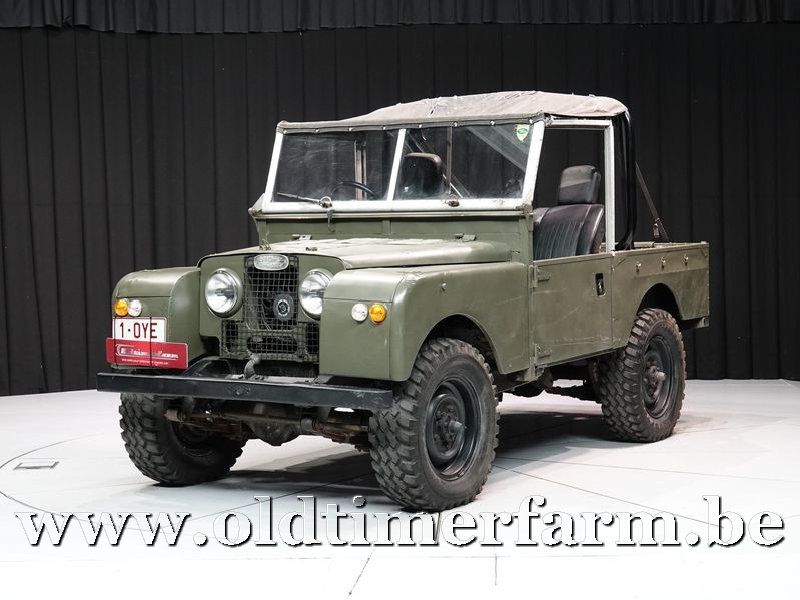 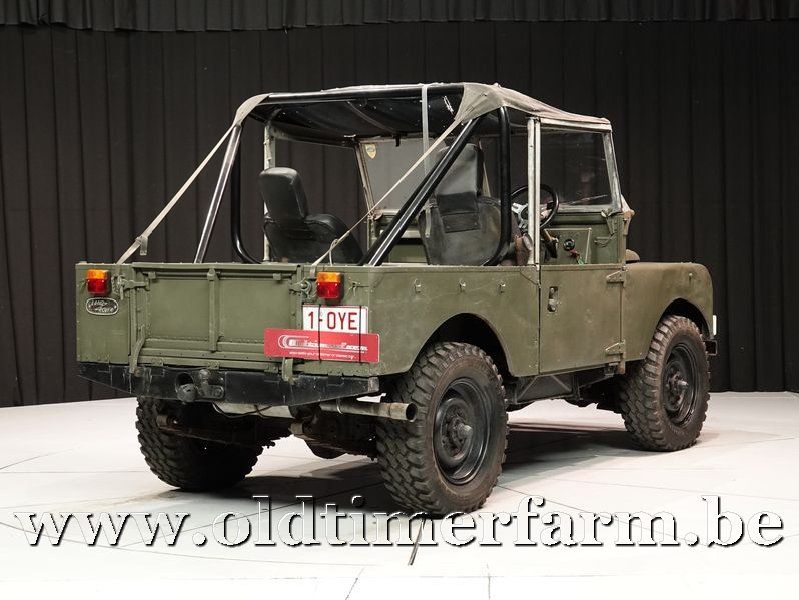 The Land Rover was conceived by the Rover Company in 1947 during the aftermath of World War II.

On the lookout for an easy to produce vehicle Maurice Wilks came up with the idea to build a vehicule in between the tractor and the utility vehicle. Inspired by his own use of the WW2 Willys Jeep he decided to improve the design and added a PTO. The tax position of the car was one it’s unique selling points, cheap to run as a utility vehicule they would be almost tax exempt in most countries. First production car was a 80 inch wheelbase, steelbox with aluminium body. In mid-1956 the wheelbases were extended by 2 inches (51 mm) to 88 inches (2.24 m) as on the car presented here.

Over the years the design improved by as Land Rover kept the models very close to the original design and purpose the series later renamed Defender grew into a class of it’s own.

Marketing stunts like the Camel Trophy and various raids all over the world only improved the reputation as a tough do-it-all beast that all layers of society appreciated, whether they would be the prime minister, the Queen of England or the working man.

Over the last decade the attraction was that huge that the Defender grew to be a symbol of success of lifestyle and “savoir vivre” and one could argue that the commercial success of the other Land Rover models was in part built on this reputation even though they lacked the ‘easy to repair’ and ‘cheap to run’ characteristics.

The vehicle presented here was built in the early days and had a first life in the English countryside. Once the original engine gave up it was ‘restored’ into a powerfull off road toy by fitting the much acclaimed Rover 3.5 V8 from the SD1.

Bigger tyres and race seatbelts were added to put all that fury on the road. Correctly registered in Belgium as a Land Rover Series 3500cc. Engine was recently overhauled and it is ready to use on a large property, on the road or for greenlining. It retains it’s original chassis gearbox and bulkhead.

As values keep shooting up this could also be seen as an interesting car to put back to ‘original’ specs and restore to concours condition.