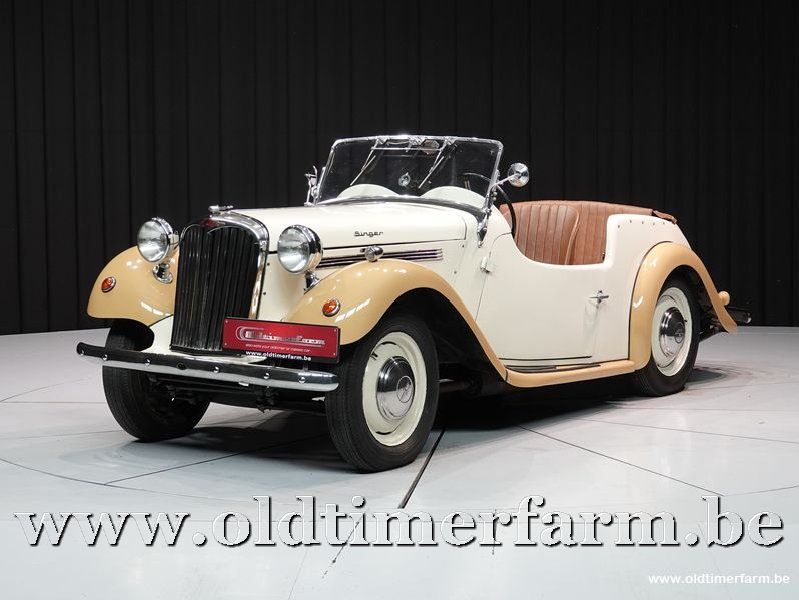 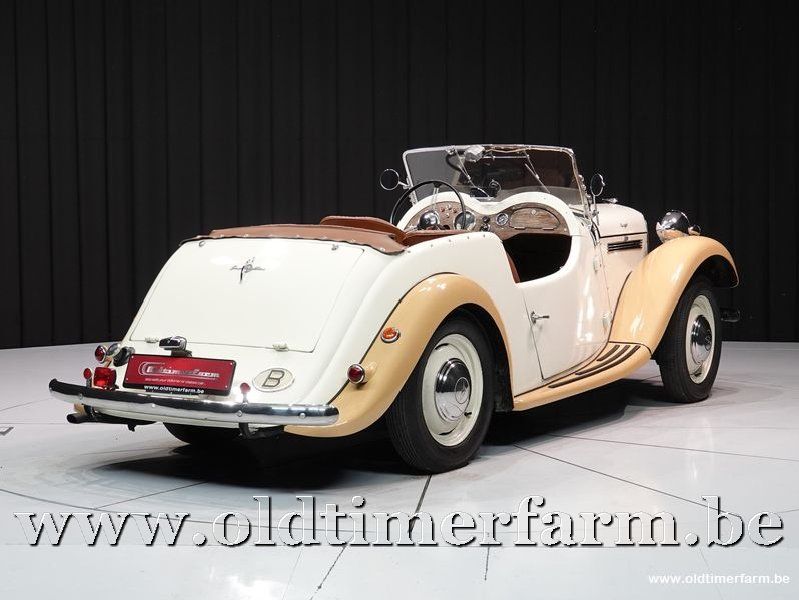 Singer was an automobile company founded in 1905 in Coventry. It was acquired by the Rootes Groupe in 1956, who continued the brand until 1970. The British Singer company had no connection with the Singer company of Pount Vernon, New York, USA, which made luxury cars from 1915 to 1920.

The company was established by George Singer (1847-1908) in Coventry to make bicycles in 1875.  The company began manufacturing motorised three-wheelers in 1901, followed by motorwheels which were fitted to bicycles.  By October 1950 the further improved 4AB Roadster appeared. While superficially similar, this has an independent front suspension by coil springs and a hybrid, "hydro-mechanical" brake system by Girling. Externally, there is a shortened bonnet and disc wheels, as well as fixed sides to the bonnet. The fenders were also redesigned, becoming curvier and deeper. The steering box also received alterations, mainly aimed at centering it in the chassis so as to simplify manufacturing alternately right-hand or left-hand driven examples. The 4AB continued in production alongside the larger 4AD until January 1953.

Although early 4AD production was still all for export, with the smaller 4AB being regularly available in the United Kingdom, from 1953 1.5 litre cars became available on the domestic market as well.