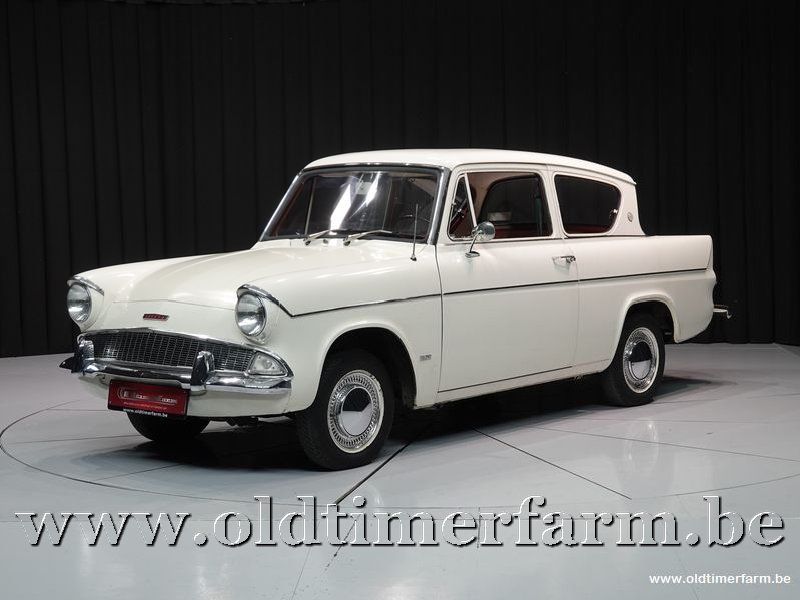 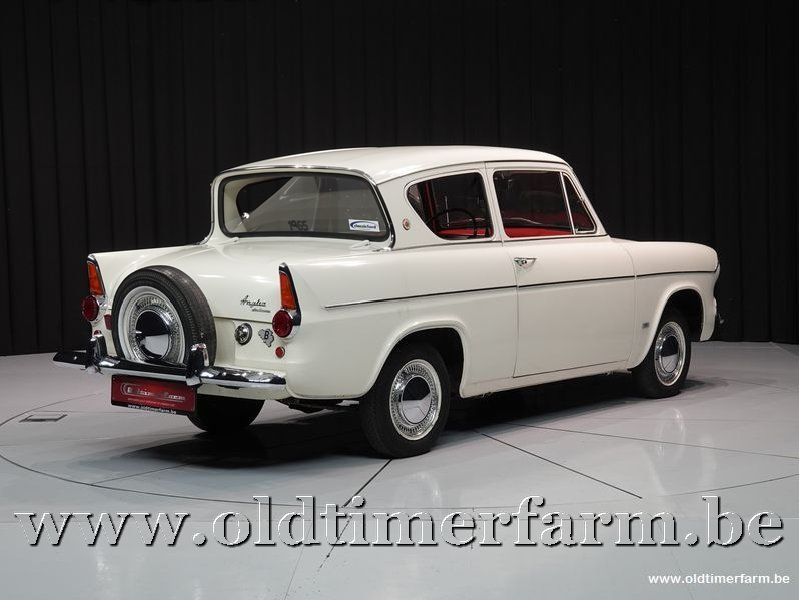 The fourth Anglia model, the 105E, was introduced in 1959. Its American-influenced styling included a sweeping nose line, and on deluxe versions, a full-width slanted chrome grille in between prominent "eye" headlamps.  Like late-'50s Lincoln and Mercury, and later the Citroën Ami 6, the car sported a backward-slanted rear window (so that it would remain clear in rain, according to contemporary marketing claims. It had muted tailfins, much toned-down from its American counterparts. An estate car joined the saloon in the line-up in September 1961. The instrument panel had a red light for the generator and a green one for the oil pressure.

The car's commercial success has subsequently been overshadowed by the even greater sales achieved by the Cortina.  In 1960, when 191,752 Anglias left Ford's Dagenham plant in the 105E's first full production year, it set a new production-volume record for the Ford Motor Company.  From October 1963, production continued at Ford's new Halewood plant at Merseyside alongside the newly introduced Corsair models. The Anglia Super introduced in September 1962 for the 1963 model year shared the longer stroke 1198 cc version of the Ford Kent 997 cc engine of the newly introduced Ford Cortina.