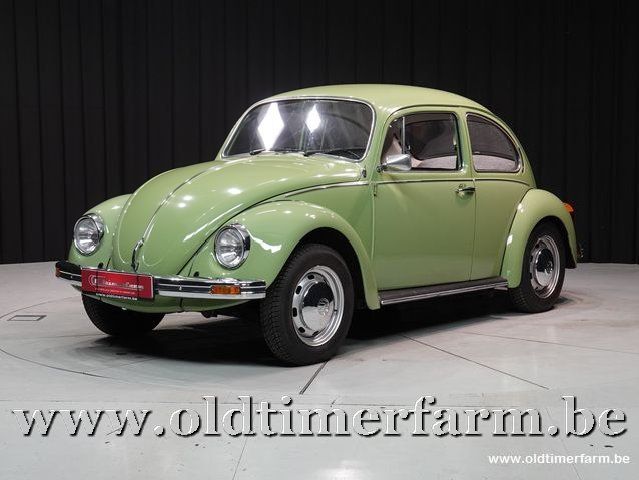 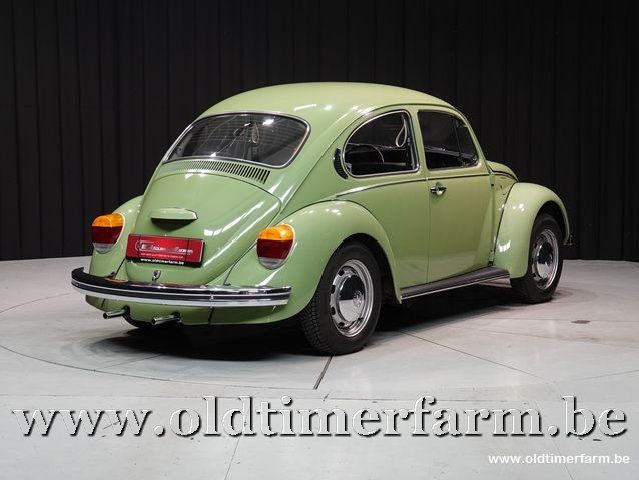 The Volkswagen Beetle, officially called the Volkswagen Type 1 (or informally the Volkswagen Bug), is an economy car produced by the German auto maker Volkswagen (VW) from 1938 until 2003. With over 21 million manufactured in an air-cooled, rear-engined, rear-wheel drive configuration, the Beetle is the longest-running and most-manufactured car of a single design platform anywhere in the world.
Although designed in the 1930s, the Beetle was only produced in significant numbers from 1945 onwards, when the model was internally designated the Volkswagen Type 1, and marketed simply as the "Volkswagen". Later models were designated VW 1200, 1300, 1500, 1302 or 1303, the former three indicating engine displacement and the latter two being derived from the type number and not indicative of engine capacity. The model became widely known in its home country as the Käfer (German for "beetle") and was later marketed as such in Germany, and as the Volkswagen Beetle in other countries.
In the 1950s, the Beetle was more comfortable and powerful than most European small cars, having been designed for sustained high speed on the Autobahn. It remained a top seller in the U.S., owing much of its success to high build-quality and innovative advertising, ultimately giving rise to variants, including the Volkswagen Karmann Ghia and the Volkswagen Type 2 van.
Along with cars including the Morris Minor, Fiat 500, Renault 4CV and Dauphine, and Citroën 2CV, the Beetle pioneered the modern continental economy car and later served as the benchmark for the initial two generations of North American compact cars, including the Chevrolet Corvair and Ford Falcon, as well as later subcompact cars such as the Chevrolet Vega and Ford Pinto.
The Beetle had marked a significant trend led by Volkswagen, Fiat, and Renault whereby the rear-engine, rear-wheel drive layout had increased from 2.6 percent of continental Western Europe's car production in 1946 to 26.6 percent in 1956. The 1948 Citroën 2CV and other European models marked a later trend to front-wheel drive in the European small car market, a trend that would come to dominate that market. In 1974, Volkswagen's own front-wheel drive Golf model succeeded the Beetle. In 1994, Volkswagen unveiled the Concept One, a "retro"-themed concept car with a resemblance to the original Beetle, and in 1998 introduced the "New Beetle", built on the Golf platform with styling recalling the original Type 1.
In a 1999 international poll for the world's most influential car of the 20th century, the Type 1 came fourth, after the Ford Model T, the Mini, and the Citroën DS.