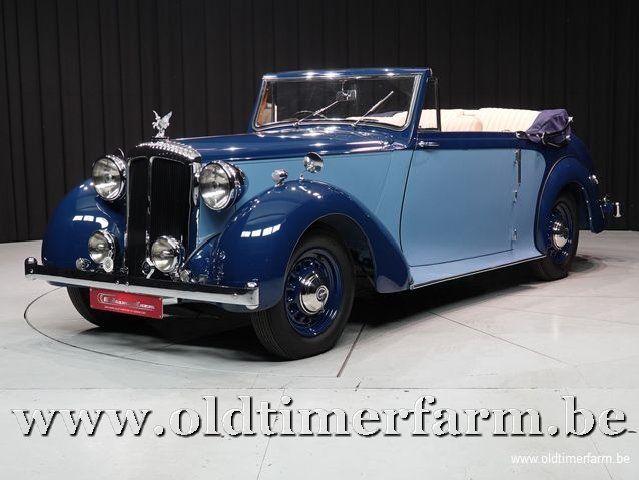 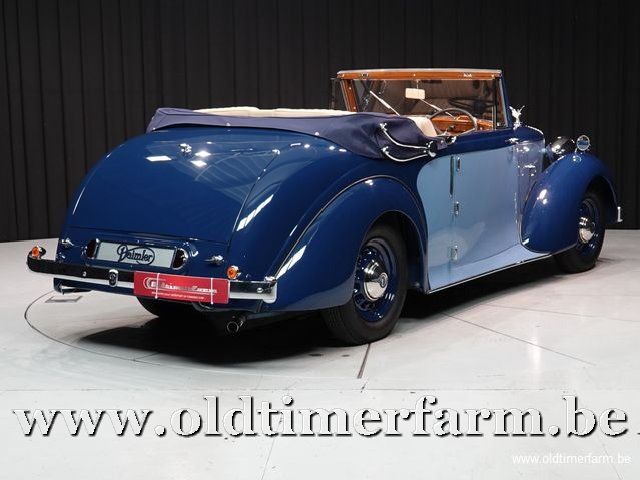 The Daimler DB18 was produced from 1939 to 1953. It is a 2½-litre version of the preceding 2.2-litre New Fifteen introduced in 1937. From 1949, the DB18 was revised to become the Daimler Consort.  It was offered to customers from 1939 as a six-cylinder chassis on which Daimler and various British coach builders offered a range of bodies including drop-head coupes.

The model was introduced immediately before the start of the WW II during which the company was compelled to concentrated on the manufacture of military vehicles. Therefore, most DB18s were produced after 1945.

A slightly updated version of the car was introduced in October 1948 at the London Motor Show, "principally for export" and branded as the Daimler Consort. The updates included the integration of the firewall into the body rather than it being part of the chassis, a move from rod operated mechanical brakes to a Girling-Bendix hydraulic front and rod operated rear system, incorporating the head lights into the front guards, and providing a badge plate behind the front bumper with a curved radiator grille replacing the flat one.

Although offered originally as a chassis only model, post-war the most common version was a four-door saloon which Daimler themselves produced.

In 1939, Winston Churchill commissioned Carlton Carriage Co to build a drophead coupe on a DB18 chassis, chassis No.49531. Never used until WW II ended, he used it during election campaigns in the later 1940s.