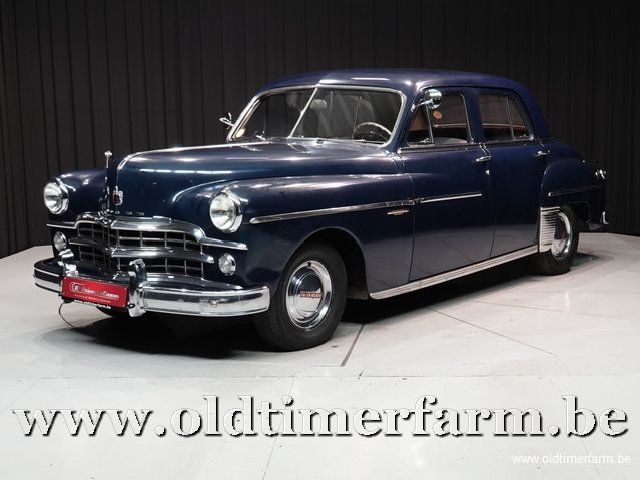 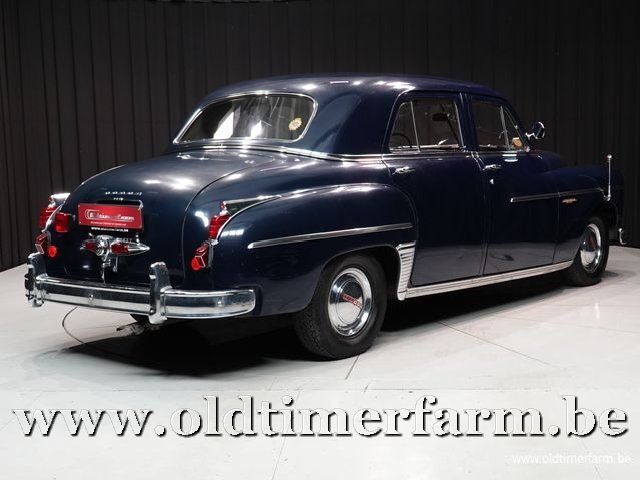 The Coronet was marketed as a full-size car in the 1950s, initially the division's highest trim line but, starting in 1955, the lowest trim line. From the 1965 to 1975 model years, the name was on intermediate-sized models. A coronet is a small crown consisting of ornaments fixed on a metal ring.

The Dodge Coronet was introduced with the division's first postwar body styles. Lower trim lines were the Wayfarer and Meadowbrook, with the Wayfarer being built on a shorter 115 inch wheelbase. The only engine for Dodge was a 230-cubic-inch (3,800 cc) flat-head straight-six engine with a single barrel Stromberg, producing 103 horsepower (77 kW) (gross). The stock Dodge Coronet was a smooth running car, and the six-cylinder engine could power the car to 90 miles per hour (140 km/h). A limited production model was a four-door, eight-passenger limousine, an extended version of the stock Dodge Coronet. One of the most notable features of the first-generation Coronet was a three-speed, fluid-driven transmission that was operated by a foot pedal on the floor. It required no shifter. It had full instrumentation.