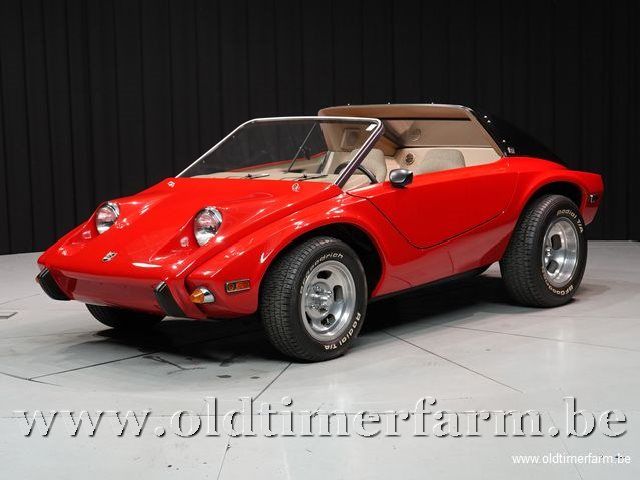 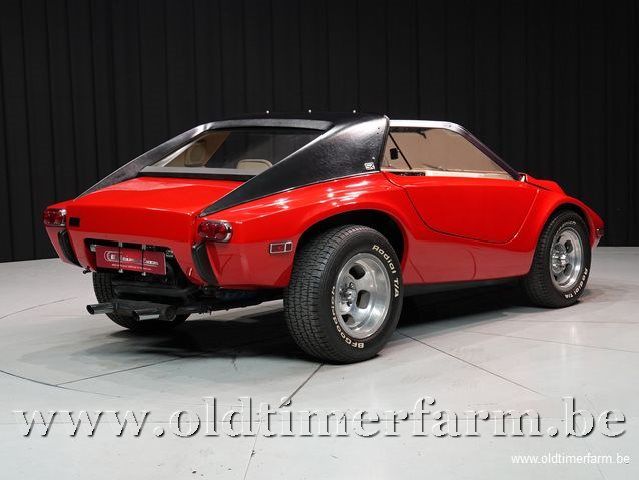 A very clean example of a genuine factory built Meyers Manx SR with a very colorful history and a top quality restoration.

Ask around in the world of Meyers Manx collectors about this car they will agree it is one of the very best of the breed available today.

The best part about the design is just how attractive it is to a wide variety of people.

Guys love it because it's sporty and cool.

And children think it's like a gown up Hot Wheels car.

The design is awesome. Really ahead of it's time.

The car looks modern even today over 35 years later.

The gullwing doors of course are the coolest thing...talk about an eye catcher when you pull up and get out!

Engine is hooked up to a complete heater system so no more cold nights.

(those New Yorkers sure know how to do this right) Engine runs excellent, transmission and brakes are also top notch.

Turn key and ready to enjoy.

The car was in the hands of a private collection in New York.

It has been stored indoors and has been treated lovingly.

The original silver Gel Coat was yellowed and aged and the car needed restoration.

He dicided to do a little research on the car and discovered some interesting history.

The body number, SR83HO meant that it was the 83rd body produced.

Research through the manufacturer showed that it was one of only 10 cars built as turn key complete vehicles at the factory. Its original owner turned out to be none other than Malcolm Bricklin of Bricklin Car fame.

The car was resprayed in Porsche Guards Red to match the original show car that was seen in all the magazines back in the 70's.

The restoration came out beautifully and the car was shown all over the West Coast of the US and became the poster child for the Manx SR.

Here is a list of the awards and magazine features:

VW TRENDS Magazine - Featured in the July 2001 issue of this USA Magazine.

The Meyers Manx dune buggy is a small recreationally-oriented automobile designed by the Californian engineer, artist, boat builder and surfer Bruce F. Meyers. It was produced by his own company, B. F. Meyers & Co. from 1964 to 1971, in the form of car kits applied to shortened chassis of VW Beetles. The car line dominated dune racing in its time, breaking records immediately, and was eventually also released in street-oriented models, until the company's demise due to tax problems after Meyers's departure. New vehicles inspired by the original Manx buggy have been produced by Meyers's re-founded operation, Meyers Manx, Inc., since 2000.

The commercially manufactured Meyers Manx Mk I featured an open-wheeled fiberglass bodyshell, coupled with the VW flat-four engine (1.2 L, 1.3 L, 1.5 L and 1.6 L, in different models) and a modified Beetle frame. It is a small car, with a wheelbase 14¼ inches (36.2 cm) shorter than a Beetle automobile for lightness and better maneuverability. For this reason, the car is capable of very quick acceleration and good off-road performance, despite not being four-wheel drive. The usually street-legal car redefined and filled a recreational and competitive niche that had been essentially invented by the first civilian Jeep in 1945, and which was later to be overtaken by straddle-ridden, motorcycle-based all-terrain vehaicles (introduced in 1970) and newer, small and sporty (but usually four-wheel-drive), off-road automobiles.

The company ceased operation in 1971, after financial troubles, and Bruce Meyers himself had already left his own company by then.