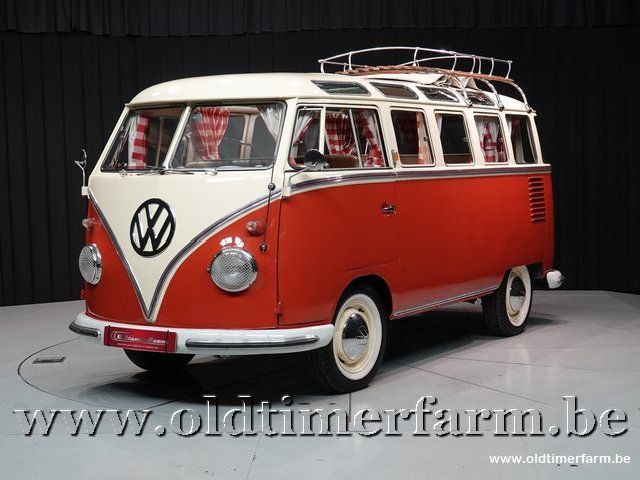 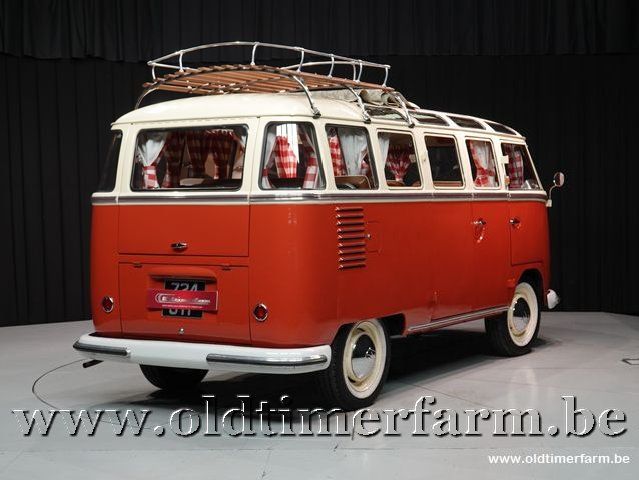 The Volkswagen Type 2, known officially, depending on body type as the Transporter, Kombi and Microbus, and informally as the Bus (US) or Camper (UK), is a panel van introduced in 1950 by German automaker Volkswagen as its second car model – following and initially deriving from Volkswagen's first model, the Type 1 (Beetle), it was given the factory designation Type 2. As one of the forerunners of the modern cargo and passenger vans, the Type 2 gave rise to forward control competitors in the United States in the 1960s, including the Ford Econoline, the Dodge A100, and the Chevrolet Corvair 95 Corvan, the latter adopting the Type 2's rear-engine configuration. European competition included the 1960s FF layout Renault Estafette and the FR layout Ford Transit. The FF layout Citroën H Van though, pre-dated the VW by three years. As of January 2010, updated versions of the Type 2 remain in production in international markets— as a passenger van, as a cargo van, and as a pickup truck. Like the Beetle, the van has received numerous nicknames worldwide, including the "microbus", "minibus", and, due to its popularity during the counterculture movement of the 1960s, "Hippie van". Autocar magazine has announced the T2 will cease production on December 31 2013, due to the introduction of more stringent safety regulations in Brazil. The first generation of the Volkswagen Type 2 with the split windshield, informally called the Microbus, Splitscreen, or Splittie among modern fans, was produced from 8 March 1950 through the end of the 1967 model year. From 1950 to 1956, the T1 was built in Wolfsburg; from 1956, it was built at the completely new Transporter factory in Hanover. Like the Beetle, the first Transporters used the 1100 Volkswagen air-cooled engine, an 1,131 cc (69.0 cu in), DIN-rated 18 kW (24 PS; 24 bhp), air-cooled flat-four-cylinder 'boxer' engine mounted in the rear. This was upgraded to the 1200 – an 1,192 cc (72.7 cu in) 22 kW (30 PS; 30 bhp) in 1953. A higher compression ratio became standard in 1955; while an unusual early version of the 30 kW (41 PS; 40 bhp) engine debuted exclusively on the Type 2 in 1959. This engine proved to be so uncharacteristically troublesome that Volkswagen recalled all 1959 Transporters and replaced the engines with an updated version of the 30 kW engine.[citation needed] Any 1959 models that retain that early engine today are true survivors. Since the engine was totally discontinued at the outset, no parts were ever made available. The early versions of the T1 until 1955 were often called the "Barndoor" (retrospectively called T1a since the 1990s), owing to the enormous rear engine cover, while the later versions with a slightly modified body (the roofline above the windshield is extended), smaller engine bay, and 15" roadwheels instead of the original 16" ones are nowadays called the T1b (again, only called this since the 1990s, based on VW's restrospective T1,2,3,4 etc. naming system.). From the 1964 model year, when the rear door was made wider (same as on the bay-window or T2), the vehicle could be referred to as the T1c. 1964 also saw the introduction of an optional sliding door for the passenger/cargo area instead of the outwardly hinged doors typical of cargo vans. In 1962, a heavy-duty Transporter was introduced as a factory option. It featured a cargo capacity of 1,000 kg (2,205 lb) instead of the previous 750 kg (1,653 lb), smaller but wider 14" roadwheels, and a 1.5 Le, 31 kW (42 PS; 42 bhp) DIN engine. This was so successful that only a year later, the 750 kg, 1.2 L Transporter was discontinued. The 1963 model year introduced the 1500 engine – 1,493 cc (91.1 cu in) as standard equipment to the US market at 38 kW (52 PS; 51 bhp) DIN with an 83 mm (3.27 in) bore, 69 mm (2.72 in) stroke, and 7.8:1 compression ratio. When the Beetle received the 1.5 L engine for the 1967 model year, its power was increased to 40 kW (54 PS; 54 bhp) DIN. German production stopped after the 1967 model year; however, the T1 still was made in Brazil until 1975, when it was modified with a 1968–79 T2-style front end, and big 1972-vintage taillights into the so-called "T1.5" and produced until 1996. The Brazilian T1s were not identical to the last German models (the T1.5 was locally produced in Brazil using the 1950s and 1960s-era stamping dies to cut down on retooling, alongside the Beetle/Fusca, where the pre-1965 body style was retained), though they sported some characteristic features of the T1a, such as the cargo doors and five-stud 205 mm (8.1 in) PCD rims. Among American enthusiasts, it is common to refer to the different models by the number of their windows. The basic Kombi or Bus is the 11-window (a.k.a. three-window bus because of three side windows) with a split windshield, two front cabin door windows, six rear side windows, and one rear window. The DeLuxe model featured eight rear side windows and two rear corner windows, making it the 15-window (not available in Europe). Meanwhile, the sunroof DeLuxe with its additional eight small skylight windows is, accordingly, the 23-window. From the 1964 model year, with its wider rear door, the rear corner windows were discontinued, making the latter two the 13-window and 21-window respectively. The 23- and later 21-window variants each carry the nickname 'Samba', or in Australia, officially 'Alpine'.