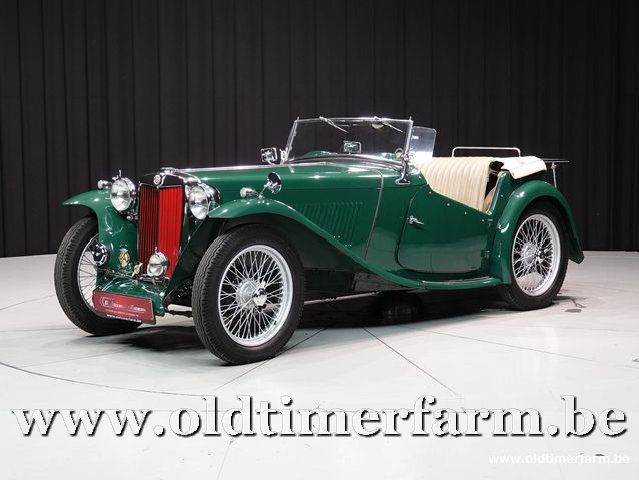 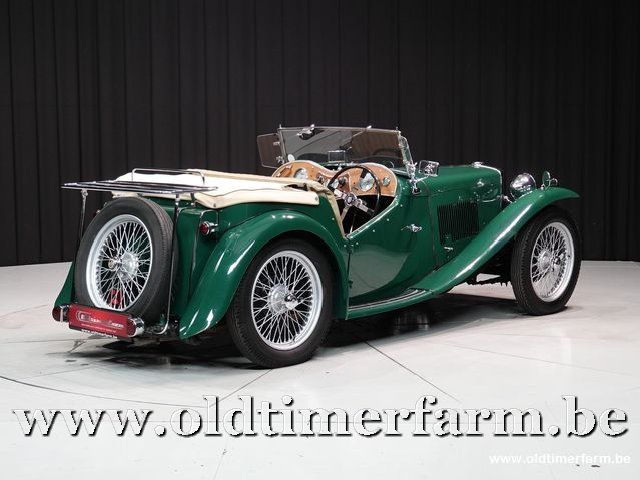 The TC Midget was the first postwar MG, and was launched in 1945. The TC engine was a slightly improved version of the XPAG first introduced to MG in the TB. Notable improvement was through the addition of a hydraulically (oil pressure) adjusted timing chain tensioner. All TC's utilized a (single battery) 12 volt electrical system. All TC's came with 19" Dunlop wire wheels. Automatic mechanical timing advance was built into the ignition distributor.

It was exported to the United States, even though only ever built in right-hand drive. The export version had slightly smaller US specification sealed-beam headlights (7 inch buckets) and twin tail lights, as well as turn signals and chromed front and rear bumpers with over riders.

The body was approximately 4 inches (100 mm) wider than the TB measured at the rear of the doors to give more cockpit space. The overall car width remained the same resulting in narrower running boards with two tread strips as opposed to the previous three. The tachometer was directly in front of the driver, while the speedometer/odometer was on the other side of the dash in front of the passenger, a nod to MG's trials History.