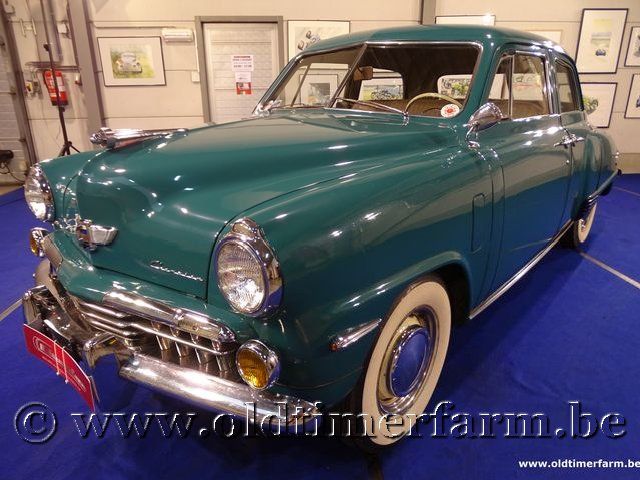 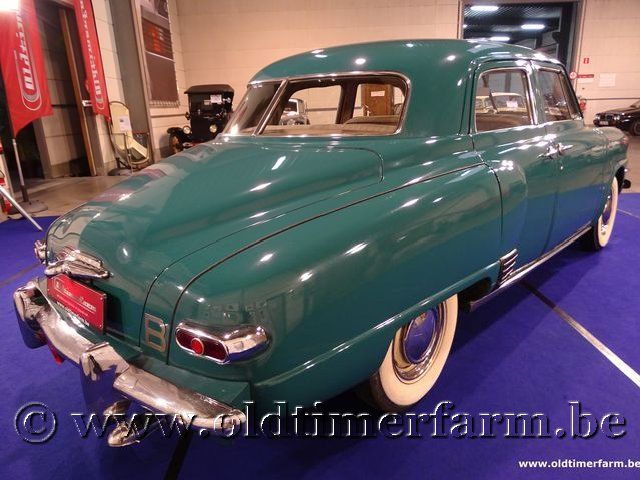 The Studebaker Champion is a mid-size which was produced (3 generations) in South Bend, Indiana, from the beginning of the 1939 model year until 1958.

Third generation. In 1947, Studebaker completely redesigned the Champion and the Commander, making them the first new cars after WW II. The styling included new rear window, flat front fenders, as well as convenience features like back light illumination for gauges and automatic courtesy lights. The Champion made up 65.08% of the total sales for the automaker in 1947.

One of the new styling features on the cars was the wraparound, "greenhouse" rear window that was on 2-door cars from 1947–1951, at first just an option, in 1950 it was given its own trim line, the Starlight coupe. The "spinner grill" was introduced in 1950, similar to that of a Ford DeLuxe, but was dropped again for the 1952 model year.