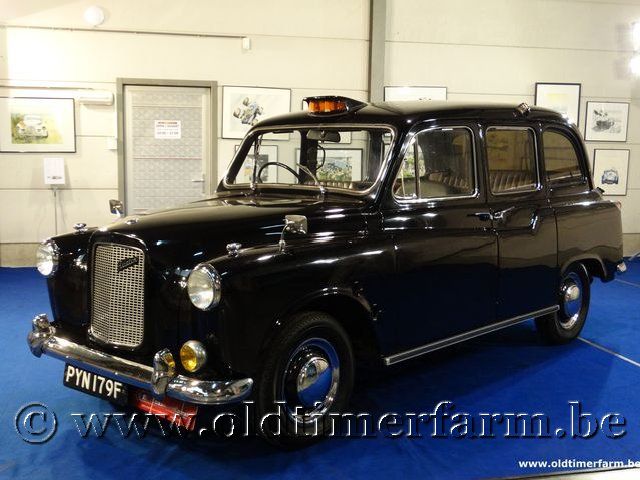 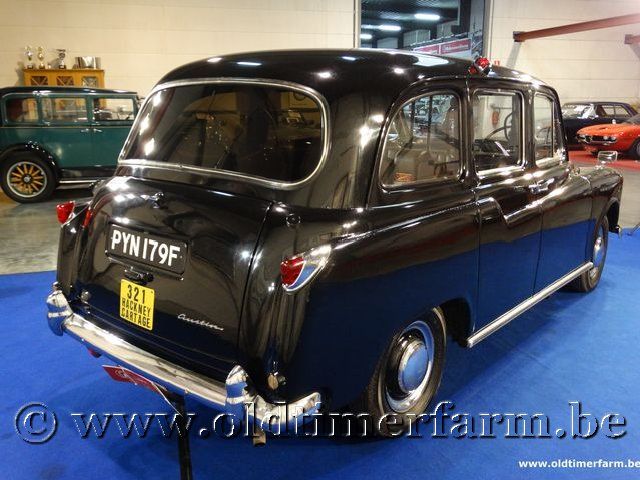 The Austin FX4 is a taxicab that was produced from 1958 until 1997. It was sold by Austin from 1958 until 1982, when Carbodies, who had been producing the FX4 for Austin, took over the intellectual rights to the car. They continued production until 1984 when London taxis International took over the rights to the FX4 - and they produced it until 1997. In all, more than 75,000 FX4s were built.[1]

The FX4 London taxi was the successor to the Austin FX3, which was produced between 1948 and 1958. In its day the FX3 was the most widely used taxi in London. Like the FX3, the FX4 was designed by Austin in collaboration with Mann & Overton, the London taxi dealership that commissioned it (and paid for half of its cost) and Carbodies, the coachbuilder that built the body and assembled the cab ready for sale. The design team included Albert Moore from Austin’s engineering division, Jack Hellberg from Carbodies and David Southwell of Mann & Overton. The original design was by Austin’s Eric Bailey and it was engineered for production by Carbodies' Jake Donaldson. It would be the first London taxi to go into production that had four doors, since earlier London taxis had featured a luggage platform, open to the elements, on the pavement/sidewalk side at the front of the cabin, beside the driver's compartment.

Like the FX3, the FX4 had a separate chassis, but with independent front suspension and dual-circuit hydraulic brakes. The first FX4, registration number VLW 431, was delivered in July 1958 and went on test with York Way Motors. The official launch was later that year at the Commercial Motor Exhibition.