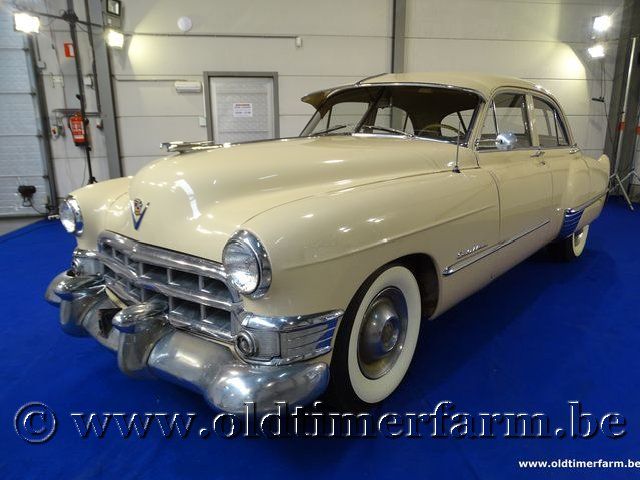 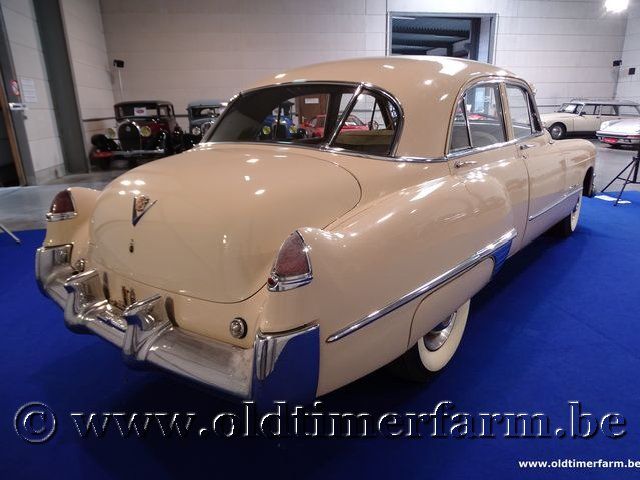 The Cadillac Series 61 replaced the Series 60/65 (except for the upscale Sixty Special) in Cadillac's 1939 model range. It in turn was replaced by the Series 62 in 1940 only to return to production in model year 1941. Apart from model years 1943–1945 It remained in production through 1951. 1948–1951 : The formerly-smaller Series 61 was moved to the Series 62's General Motors C-body platform, making them very similar. Major design changes marked the C-bodied Cadillacs for 1948. They featured General Motors first all-new postwar body with styling advances including tailfins inspired by the Lockheed P- 38 fighter plane. There was also an attractive eggcrate grille, which was higher in the middle than on the sides. The front of the car was protected by a heavier and more massive bumper bar that curved around the fenders. The Cadillac crest was centered low in a "V" above the radiator grille. Chrome headlamp rims were used. Cars in the 61 series lacked bright metal front fender shields and under-taillight trim. A new dashboard with "rainbow" style instrument cluster and leather grained panels extending to the carpets was seen only this year. The big news at Cadillac in 1949 centered on engineering, with the release of a new overhead valve V8 engine. This 331 in³ engine produced 160 hp (119 kW). Only minor appearance changes were seen. They included a more massive grille treatment with grooved extension panels housing the front parking lights and chevron slashes below the taillamps on the coupes. Once again the cars in this line lacked front fender gravel shields and rocker panel moldings and had plainer interior trim. A larger luggage compartment lid was seen on all sedans except early production units. Standard equipment now included twin back-up lamps mounted on the deck lid latch panel.