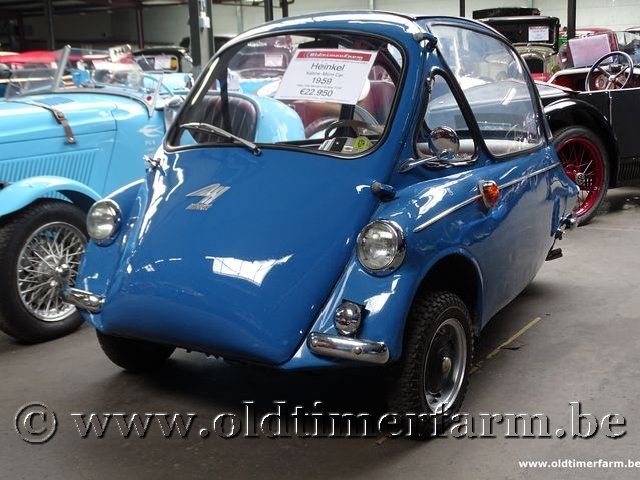 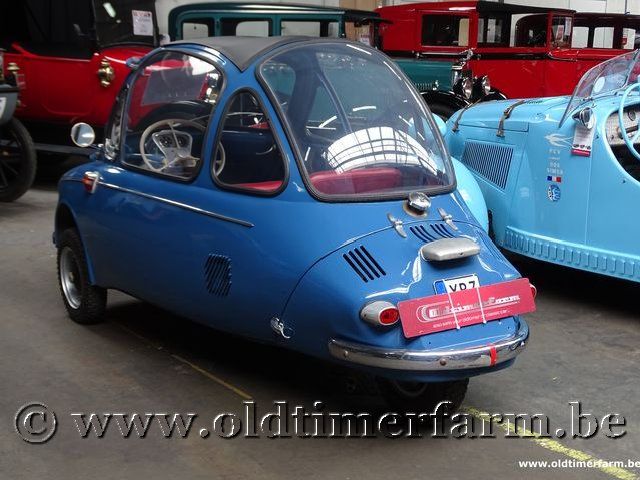 The Heinkel Kabine was a microcar designed by Heinkel Flugzeugwerke and built by them from 1956 to 1958. Production was transferred under licence to Dundalk Engineering Company in Ireland in 1958.

Production began in March 1956 with the Kabine Model 150, using the 174 cc 9.2 hp single-cylinder four-stroke engine that powered the Heinkel Scooter.  In October 1956, Heinkel introduced the Kabine Model 153 (with three wheels) and the Kabine Model 154 (with four wheels). The engines in these models were originally 204 cc, later reduced in capacity to 198 cc for insurance purposes.

The Kabine had a steel unit body.  Access to the interior was by an opening front. In order not to infringe  Iso Rivolta's patent used on the Isetta, the steering wheel did not hinge outwards with the door to ease passenger access. However, it did feature a reverse gear, unlike some other buble cars. The fabric sun roof served as an emergency escape hatch should the sole door in front become jammed in a collision.