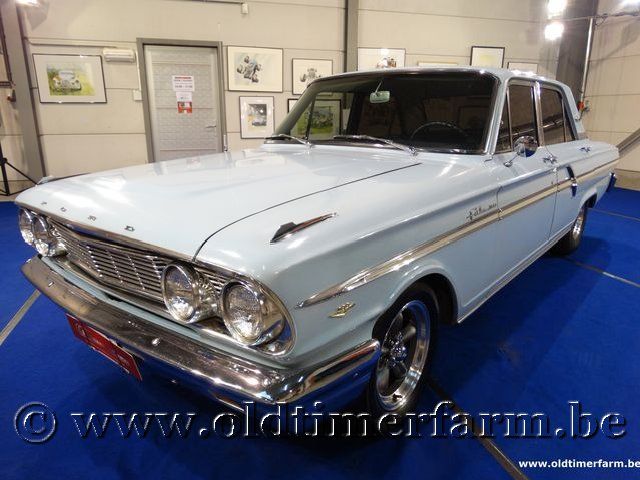 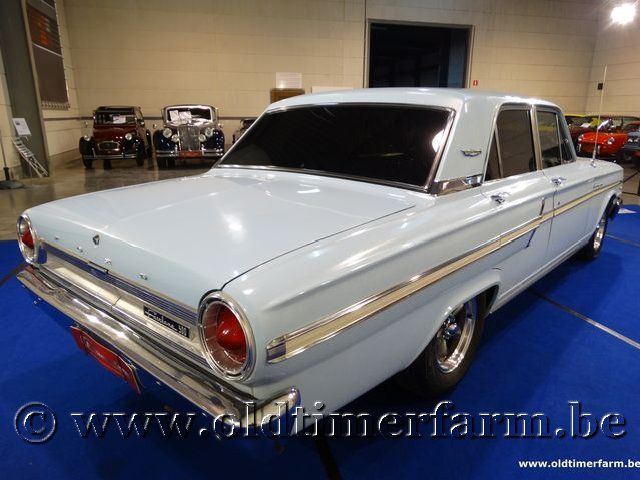 The Ford Fairlane was sold between 1955 and 1970 (7 generations). The name is derived from Henry Ford's estate, Fair Lane near Dearborn

Over time, the name referred to a number of different cars in different classes; the Fairlane was initially a full-sized car, but became a mid-sized car from the 1962 model year.

The 1964 and 1965, Fairlane ranges consisted of similar body styles: base Fairlane and Fairlane 500 2-door coupes and 4-door sedans, and Fairlane 500 and Sports Coupe two-door hardtops. The Fairlane Squire wagon was dropped, but the standard station wagon was continued. The 221 V8 was dropped after 1963, leaving the six as the base engine and the 260 as the base V8. The "K-code" 271-horsepower 289 V8 continued into 1964, gaining dual exhausts, while a 195 horsepower (145 kW) version of the 289 with a two-barrel carburetor and hydraulic lifters was introduced. The two-speed Fordomatic continued as the automatic transmission choice for the 260 in 1964, while 289 V8s got the three-speed Cruise-O-Matic transmission option. All 1965 models featured 14-inch (360 mm) wheels as standard, in place of the earlier 13-inch (330 mm) wheels, and Fordomatic was finally phased out, leaving the Cruise-O-Matic as the only automatic available for the Fairlane.

The 260 was also dropped after 1964, leaving the two-barrel 289 as the base V8. Styling-wise, in 1964, a new grille and headlight bezels were introduced, the tail fins were dropped, some chrome decorating on the side was changed, and the shape of the trunk lid changed. Styling features for 1965 included body-color headlight bezels for the deluxe models and rectangular taillight lenses, a return to the 1962-1963 trunk lid, along with less chrome on the body and a small standup hood ornament.