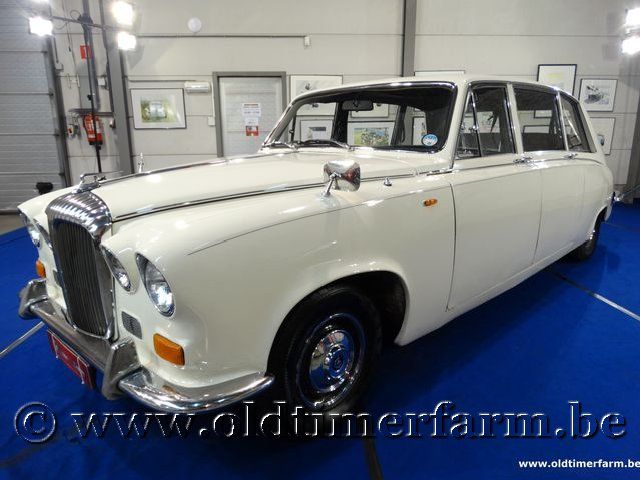 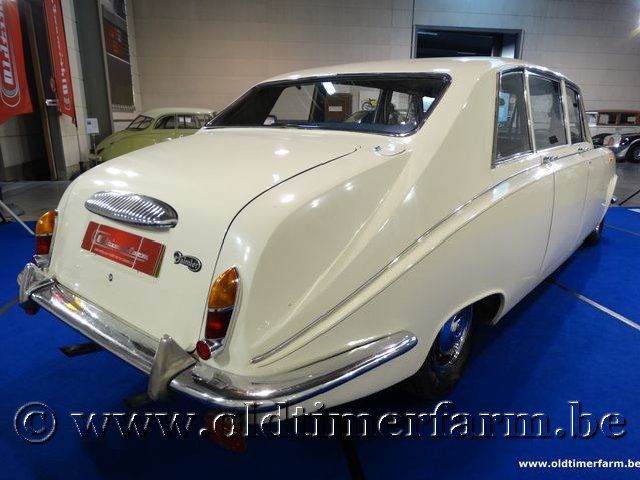 The Jaguar 420 (pronounced "four-twenty") and its Daimler Sovereign equivalent were introduced at the October 1966 London Motor Show and produced for two years as the ultimate expression of a series of "compact sporting saloons" offered by Jaguar throughout that decade, all of which shared the same wheelbase. Developed from the Jaguar S-Type, the 420 cost around £200 more than that model and effectively ended buyer interest in it, although the S-Type continued to be sold alongside the 420/Sovereign until both types were supplanted by the Jaguar XJ6 late in 1968.[1] The Jaguar 420 should not be confused with the larger Jaguar 420G.

In 1968 the Daimler DS420 limousine began to be produced, carrying a similarly styled grille to the Sovereign and using the 4.2-litre Jaguar engine in twin carburettor form and also undergoing final assembly at Jaguar's Browns Lane factory in Coventry, England. Although this car was based on a modified 420G floorpan rather than that of the 420, the existence of a third Jaguar-manufactured model with "420" in its name provides further scope for confusion.