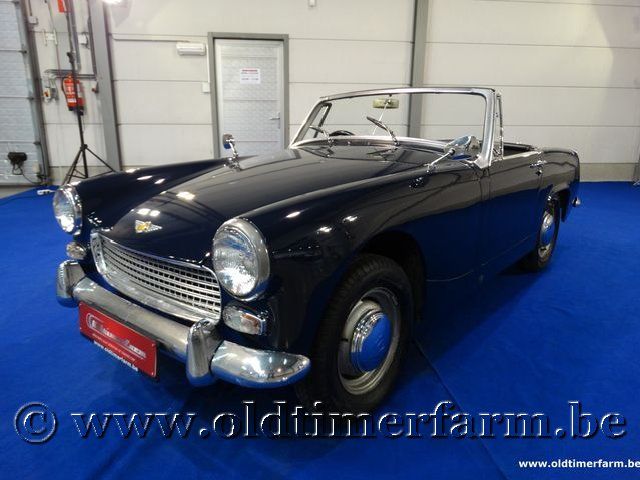 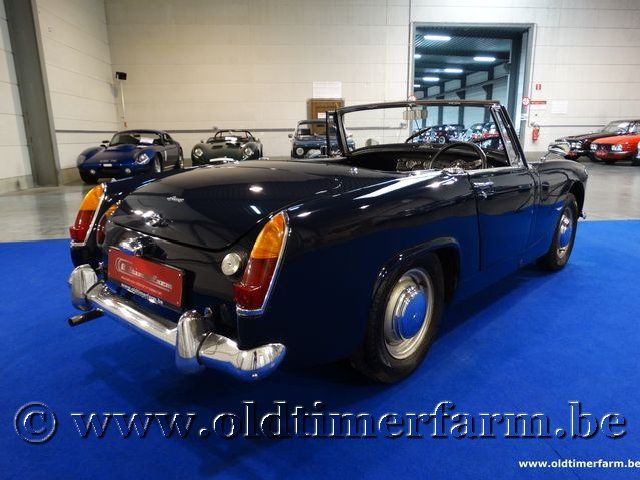 The Austin-Healey Sprite, a small open sports car,was produced in the UK from 1858 to 1971, in 4 successive versions. It was intended to be a low-cost model, yet the successor to the sporting versions of the pre-war Austin Seven. The 2 first series was  first produced at the MG factory at Abingdon

The Mark III Sprite was also marketed as the Mark II MG Midget – differences between the two were again restricted to minor trim detailing. Although still 1098 cc, the engine had a stronger block casting, and the size of the crankshaft main bearings was increased to two inches (engine code 10CC).

A new (slightly) curved-glass windscreen was introduced with hinged quarterlights and wind-up side windows. Exterior door handles were provided for the first time, with separate door locks. Though the car could now be secured, with a soft-top roof the added protection was limited. The rear suspension was modified from quarter-elliptic to semi-elliptic leaf springs, which gave a more comfortable ride for a near-negligible weight penalty as well as providing additional axle location, the upper links fitted to the quarter-elliptic models being deleted. Though scarcely sybaritic, these changes helped the Sprite and Midget compete with the recently released Triumph Spitfire. 25,905 Mark III Sprites were made.[5]