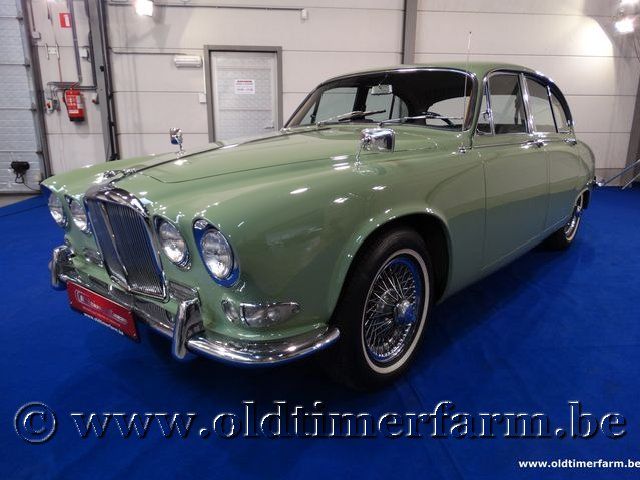 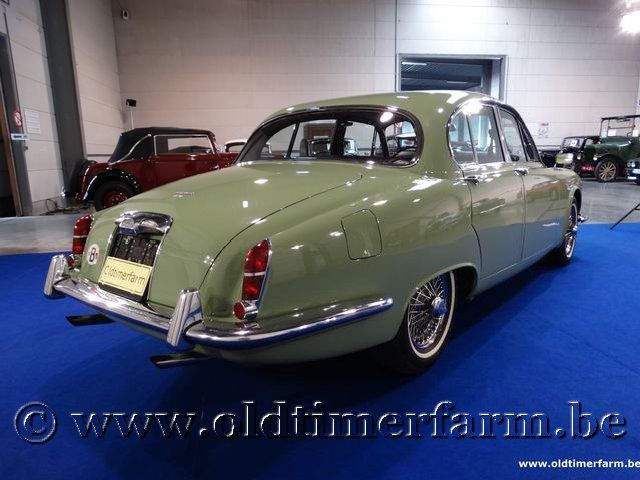 Newly delivered in Amerika but imported in the EU via Portugal after which the car came to Belgium in 1996 (with Belgian documents).

Very rare car because of its state, colour and price. Ready to be driven and very attractive.

The Jaguar 420 (pronounced "four-twenty") and its Daimler Sovereign equivalent were introduced at the October 1966 London Motor Show and produced for two years as the ultimate expression of a series of "compact sporting saloons" offered by Jaguar throughout that decade, all of which shared the same wheelbase. Developed from the Jaguar S-Type, the 420 cost around £200 more than that model and effectively ended buyer interest in it, although the S-Type continued to be sold alongside the 420/Sovereign until both were supplanted by the Jaguar XJ6 late in 1968.