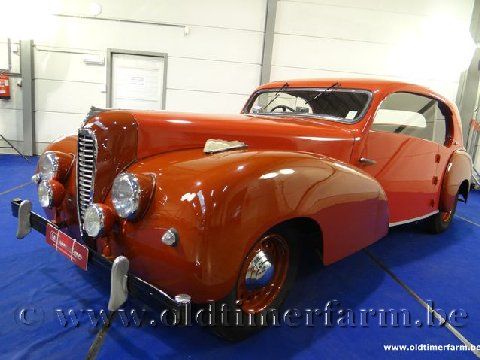 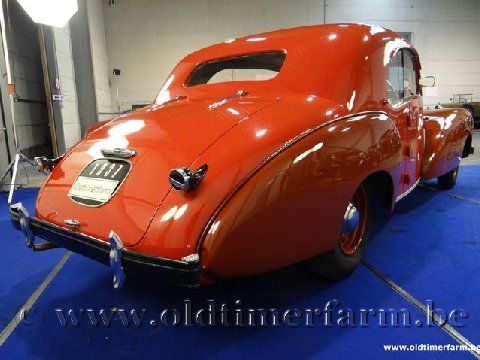 Unic was a French manufacturer founded in 1905, and active as an automobile producer until July 1938.  After this the company continued to produce commercial vehicles, retaining its independence for a further fourteen years before being purchased in 1952 by Henri Pigozzi, boss of the flourishing Simca business.  Although the manufacturer's initial range was restricted to light cars, their popularity as taxis led to the production of delivery vans and other small utility style vehicles. The 1943 cc 12 CV (mainly used as a taxi) was extremely popular and survived  for nearly 20 years.   In March 1937 Unic updated their four-cylinder passenger car model for the last time, and for the 1937 Paris Motor Show, the six-cylinder model was also given a more streamlined look, in line with the fashion of the time. By this time the passenger car range was down to just these two models. The Unic Type U4D was a four-cylinder 2,150 (12CV) car which featured overhead valves and offered a maximum output of 55 hp (41 kW), supported by a robust rather traditional chassis with a 3,160 mm (124.4 in) wheelbase. The imposing six-cylinder Unic Type U6C provided 85 hp (63 kW) from a 3,000cc engine (17CV), and a choice of wheelbase between 320 and 337 cm.  After 1938 Unic concentrated in the truck business, being one of the leading French makes. In 1966 it was taken over by the Italian company Fiat and eventually merged into Iveco in 1975.