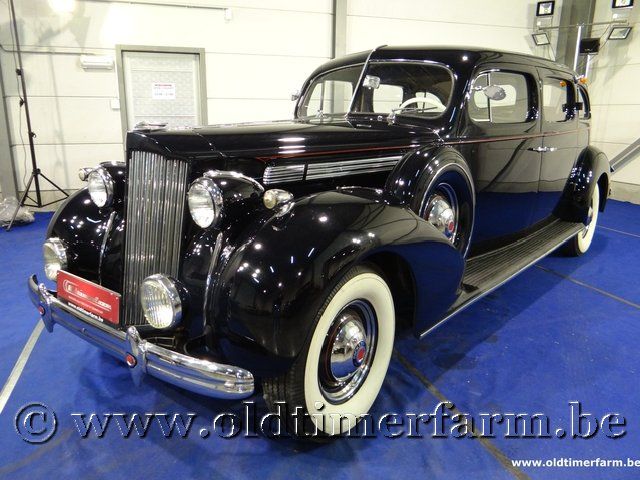 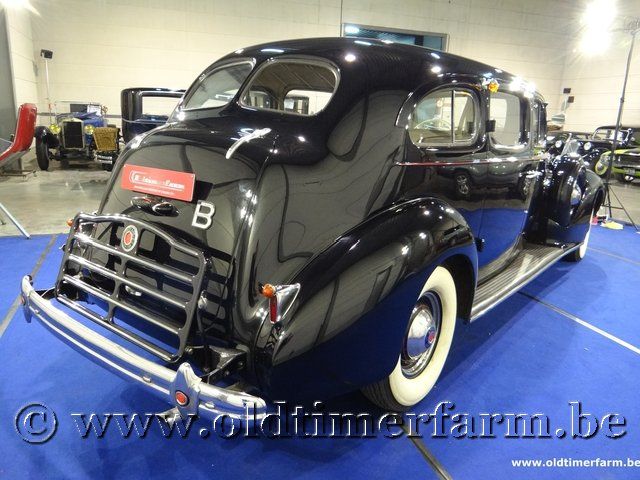 Packard was an American luxury-type automobile marque built by the Packard Motor Car Company of Detroit, Michigan, and later by the Studebaker-Packard Corporation of South Bend, Indiana. The first Packard automobiles were produced in 1899, and the last in 1958. The Packard One-Twenty was produced from 1935 through 1937 and again from 1939 through 1941. The One-Twenty signified Packard's move into the mid-priced eight cylinder market; a highly competitive segment that was filled with many marques with numerous offerings, options and price ranges. The move had been made due to financial reasons and the need to stay competitive; the Great Depression was taking its tool on the entire automotive industry but mostly on the high priced manufactures. The lower cost marques also had a tough time but a few were still able to move a considerable amounts of products and wade out this terrible time in history. The One-Twenty was quickly designed, created, and made ready for sale. First offered in 1935, it could be purchased in numerous body styles that included coupes, convertibles, and two- and four-door configurations. Under the hood lurked an L-Head eight cylinder engine capable of producing 110 horsepower. The price range was competitive, with prices ranging from the mid $900's to the low-$1000's. This combination of mid-cost and adorned with the Packard nameplate proved to be the right combination and in its first year nearly 25,000 examples were created. The rest of the Packard model lines only accumulated to around 7000 examples being sold. For 1936 Packard increased the displacement of the engine and horsepower rose to 120 and gave the One-Twenty a top speed of 85 mph. A convertible four-door sedan was added to the line-up with a $1395 price tag, making it the most expensive One-Twenty body style. Sales continued to be strong and more than doubled over the prior year. This would be the best sales year for the Packard One-Twenty. Packard introduced the Six in 1937. This was the first time in ten years that a six-cylinder engine could be found in a Packard. The reasoning was again economics and the constant struggle to stay in business by offering a quality product at a reasonable price. The Packard Six meant that the One-Twenty was to move higher up the market, being offered with more amenities and options. Two of these options were the 'C' and 'CD' trim levels. A wood-bodied station wagon and Touring Sedan were added to the line-up. A limousine body style, sitting atop a 138 inch wheelbase was also available for the first time, setting the buyer back a hefty $2000. There were 50,100 examples of all One-Twenty body styles producing during this year. To conform to Packard's standard naming conventions, the One-Twenty was known as the Packard Eight for 1938. A year later, it was back to being called the One-Twenty. There were still a slew of body styles to choose from, able to satisfy all of their customer's desires and needs. The price range was competitive, costing from around $1100 to $1856. Though the product and the price were good, sales were slow with only 17,647 units being produced. The recession was taking its toll. Packard had even introduced many new mechanical improvements such as placing the shifter on the column rather than on the floor. For the following years, sales began to rise again, now amassing to 28,138 examples being produced. The name One-Twenty was now hyphenated. For 1941 Packard offered the One-Twenty in eight body styles. The styling had been modified from the prior years, with the headlamps now residing in and on the fenders. The One-Ten and One-Twenty were both dropped in 1942 and their names were merged with the Packard Six and Packard Eight lines. The One-Twenty had in production for seven years and 175,027 examples were produced. Specifications Bodywork Length: cm (in): Width: cm (in): Height: cm (in): Wheelbase: cm (in): 300 cm (120) Weight: kg (lb): 3285 (1490) Mechanics. Displacement: straight-8 5230 cc (319 ci), front-mounted Valve gear: 16 Fuel system: 1 carburettor Gearbox: 3-speed manual Driven wheels: rear-wheel drive Maximum power: 135 hp at 3200 rpm