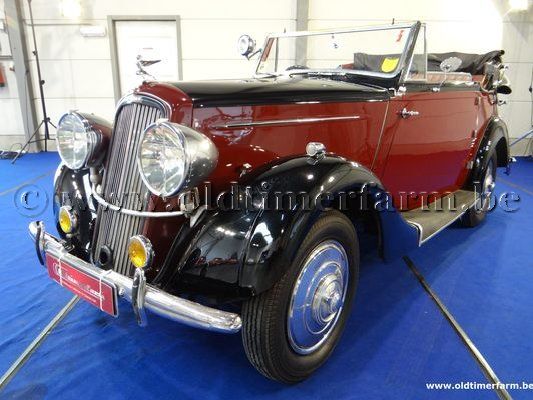 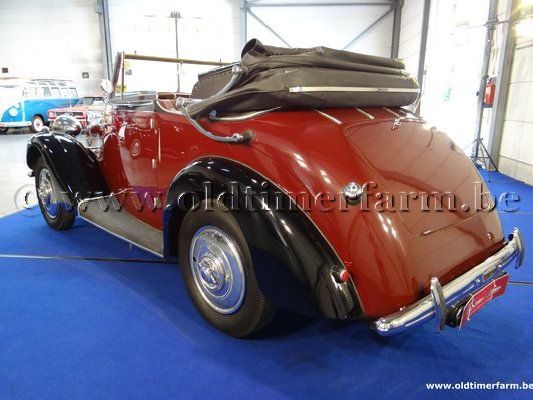 The first car was produced in 1898 and was a three-wheeled tricar with the first conventional four-wheeled car appearing in 1901. The company had factories in Beeston near Nottingham and Coventry. The Beeston factory produced a more expensive range known as Beeston-Humbers but the factory closed in 1908 after financial problems. Before the First World War a wide range of models were produced from the 600 cc Humberette to several six-cylinder 6-litre models. In 1913 Humber was the second largest manufacturer of cars in the United Kingdom. The Humber Motor Works in Coventry still survives—a rare thing as the majority of the city was destroyed in the November 1940 air raid.
In 1925 Humber moved into the production of commercial vehicles with the purchase of Commer. In 1928 Hillman was added but independence ended in 1931 when the Rootes Brothers bought a majority shareholding.
During World War II, several armoured cars were produced under the Humber name, along with heavy-duty "staff" cars.
In the postwar era, Humber's mainstay products included the four-cylinder Hawk and six-cylinder Super Snipe. Being a choice of businessmen and officialdom alike, Humbers gained a reputation for beautifully appointed interiors and build quality. The Hawk and the Super Snipe went through various designs, though all had a "transatlantic" influence. They offered disc brakes and automatic transmission at a time when these fitments were rare. A top-flight model, the Imperial, had these as standard, along with metallic paintwork and other luxury touches. The last of the traditional large Humbers were sold in 1968, when Chrysler, who by then owned the Rootes group, pulled the plug on production. Several V8 models had been in pre-production at this time, and several of these test examples survive today.
Its last car was the second generation of Humber Sceptre, a badge-engineered Rootes Arrow model. The marque was shelved in 1976 when all Hillmans became badged as Chryslers. The Hillman Hunter (another Arrow model) was subsequently badged as a Chrysler until production ceased in 1979 when Chrysler's European division was sold to Peugeot and the marque renamed Talbot. The Talbot marque was abandoned at the end of 1986 on passenger cars, although it was continued on vans for six years afterwards.
Introduced in 1933, the '12' was powered by a 1,669cc four-cylinder sidevalve engine that in enlarged, overhead-valve form would still be in production over 30 years later. Coupled to a four-speed gearbox, this versatile power unit went into an entirely conventional X-braced chassis featuring semi-elliptic springing at both ends and Bendix cable brakes. Pressed Steel provided the standard six-light saloon body while the range also included the two-door Vogue saloon, a tourer and a drophead coupé. In 1935 the '12' was updated and restyled, gaining a new frame, an all-synchromesh gearbox and a more streamlined body with integral boot and vee-shaped radiator grille. Production ceased in 1937.