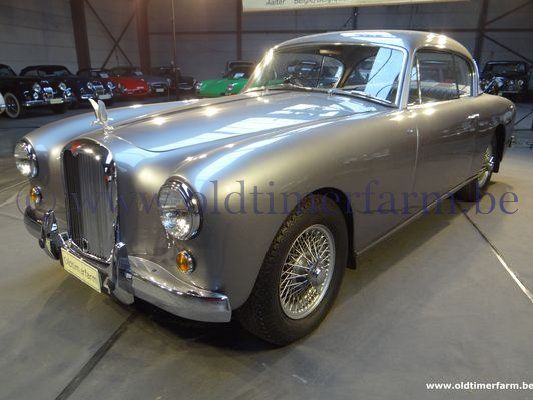 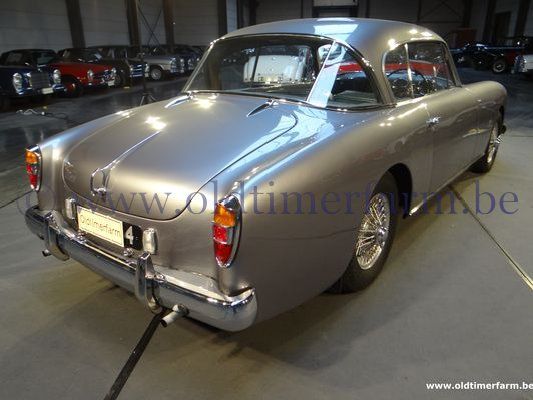 In the 1930’s “Carosserie Graber“ became World famous for beautiful convertible and coupé body designs and for perfect craftsmanship. Until his death in 1970 Hermann Graber designed and built over 800 Coachworks on chassis from Alvis, Aston-Martin, Bentley, Bugatti, Duesenberg, Lagonda, Packard, Rolls-Royce, Rover and others. The Graber bodied model (TC. 108/G) came as something of a surprise to those in the Alvis community when it was first shown at the Paris show of 1955. At that time the future of Alvis cars was a matter of considerable speculation. Few were aware that “Carosserie Hermann Graber“ had been building bodies to special order on the 3 litre chassis for sale to clients on the continent since 1951. This bespoke model was hailed as one of the most beautiful in existence and arrangements were quickly made for the new Graber designed bodies to be built by renowned Loughborough coach-builders, 'Willowbrook'. The car we have for sale here was the first car to be delivered to a UK customer after it was ordered by a Mr Shulman at the 1955 Motor Show. The car was in fact a present for Mr Shulman's wife after she fell in love with the beautiful Graber design during a visit to the Alvis stand. In actual fact only sixteen of these gorgeous cars were ever produced, and this combination of rarity and indisputable good looks makes it one of the most sought after Alvis models ever produced. (from Wikipedia, the free encyclopedia) Graber (also known as Carrosserie Hermann Graber) was a coachbuilder based in Wichtrach in central Switzerland. Between 1927 and 1970 the firm supplied coach-built bodies for fitting on the chassis of various European and US auto-makers. Graber had a particularly close relationship with the British firm of Alvis, providing the manufacturer with bespoke and elegant if expensive bodies for almost twenty years, mostly during the 1950s and 1960s
The history of the business goes back to 1924 which was when Hermann Graber, then aged 21, took over his father’s wheel making business and quickly reconfigured it for the production of car bodies.
The company’s first car, a two seater cabriolet bodied Fiat 509 was presented in 1927. Two years later a Graber bodied Panhard & Levassor 20 CV won the Concours d´Elegance at St. Moritz as a result of which the “Carrosserie Graber“ business became known across Europe. During the 1930s the company built a number of special bodies on a range of chassis from Alfa Romeo, Bentley, Bugatti, Duesenberg and Packard.
In the early 1930s France had lost to Britain its position as Europe’s largest automobile producer, and Britain would retain the top slot until the early 1950s so it made sense for Graber, after the war, to concentrate on special car bodies designed to complement some of the more exclusive chassis produced by the UK auto-industry, which they did, especially in respect of Bentley, Lagonda, Rolls-Royce and Rover.
In 1948 Graber acquired the Swiss distribution rights for Alvis Cars, and two years later, in response to a customer order, they produced what would turn out to be the first Graber bodied car on an Alvis chassis. This turned out to be the first of many elegant and stylish special bodied Alvis cars produced by the company.
During the 1950s links between Graber and Alvis became close. After the long-time Alvis designer G.T. Smith-Clarke left the company, Graber presented in 1955 his Graber bodied Alvis TC 21/100 "Grey Lady" which somehow combined classical elegance with a thoroughly model pontoon format body. The new Alvis bodies went into series production, initially at Graber’s own premises. Later production was taken over by the British firms Park Ward and Willowbrook. Several sources state that the British firms produced the bodies under licence from Graber. The Alvis Owners’ Club maintains that the resemblance between the Graber bodied cars and those bodied by the UK firms was only superficial. According to this source Park Ward took the Swiss drawings and adapted them to produce a car with more interior space than the Graber original. All the subsequent Alvis T-series models, up to the very last T-21, in any case followed Graber’s basic blueprint. Meanwhile in central Switzerland Graber continued to build to order special bodied cars based on Alvis chassis at a rate of not more than ten per year. These included four seater coupe bodied cars (sometimes described by the English as saloons), cabriolets, and at least one four-door special. Graber’s bodies were lower than the standard bodied Alvis cars with more steeply raked A and C pillars. When customers requested improvements, Graber was happy not merely to produce special bodies but also to redesign or adapt aspects of the chassis and running gear.
Hermann Graber died in 1970 and the production of special bodied cars at Wichtrach came to an end. About 800 Graber bodied vehicles had by now been produced. The business continued to operate under the control of his widow, specialising now in the repair and maintenance of car bodies. Between 1980 and 1996 the Graber business held a franchise as an official Ferrari importer. In 2001 the residuum of the business was acquired by a well-known Swiss classic car restorer named Markus Scharnhorst, and relocated to Toffen.
Mechanics. Engine : Straight six 2993 cc, front-mounted, 12 valves, 2 SU carburettors, manual 4-speed gearbox, rear-wheel drive. Maximum power : 115 bhp at 4000 rpm; torque : 206 Nm @ 2500 rpm. Top speed : 170 km/h (105 mph).