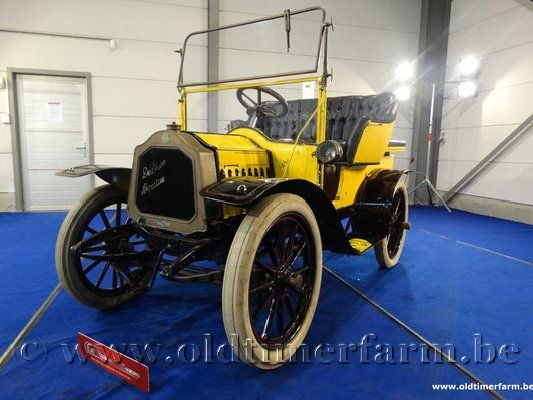 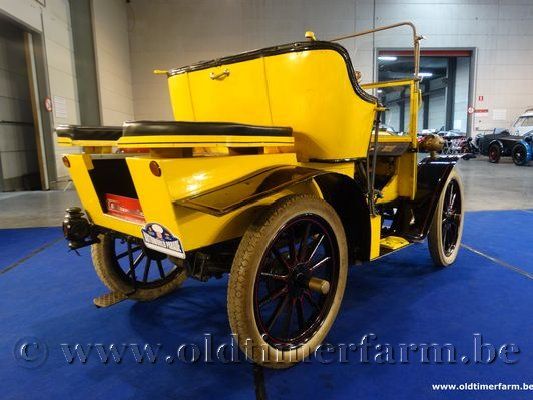 De Dion-Bouton was a French automobile manufacturer and railcar manufacturer operating from 1883 to 1932. The company was founded by the Marquis Jules-Albert de Dion, Georges Bouton, and Bouton's brother-in-law Charles Trépardoux. The company was formed after de Dion in 1881 saw a toy locomotive in a store window and asked the toymakers to build another. Engineers Bouton and Trépardoux had been making a starvation living on scientific toys at a shop in the Passage de Léon, close to the "rue de la Chapelle" in Paris. Trépardoux had long dreamed of building a steam car, but neither could afford it. De Dion, already inspired by steam (though in the form of rail locomotives) and with plenty of money, agreed, and De Dion, Bouton et Trépardoux was formed in Paris in 1883. This became the De Dion-Bouton automobile company, the world's largest automobile manufacturer for a time, becoming well known for their quality, reliability, and durability. In 1898, the tricar was joined by a four-wheeler and in 1900 by a vis a vis voiturette, the Model D, with its 3¾ CV (2.8 kW) 402 cc (24.5 cu in) single-cylinder engine under the seat and drive to the rear wheels through a two speed gearbox. This curious design had the passenger facing the driver, who sat in the rear seat. The voiturette had one inestimable advantage: the expanding clutches of the gearbox were operated by a lever on the steering column. The Model D was developed through Models E, G, I, and J, with 6 CV (4.5 kW) by 1902, when the 8 CV (6 kW) Model K rear-entry phaeton appeared, with front-end styling resembling the contemporary Renault. Until World War I, De Dion-Boutons had an unusual decelerator pedal which reduced engine speed and ultimately applied a transmission brake.[6] In 1902, the Model O introduced three speeds, which was standard for all De Dion-Boutons in 1904. A small number of electric cars were also made in 1901. The company stagnated after World War I. The V8 continued to appear until 1923, and in spite of new models with front wheel brakes, the factory closed for much of 1927. On reopening two models were listed, the Type LA with a 1,982 cc (120.9 cu in) four-cylinder overhead valve, aluminium-piston engine, and the Type LB with a 2,496 cc (152.3 cu in) straight-8. The latter was very expensive and sales were few, despite growth to 3 l (180 cu in) in 1930. A rumored takeover by Peugeot or Mercedes did not materialize, leading to the end of passenger car production in 1932. Specifications Length : 254 cm (100 in) Width : 146 cm (57.5 in) Wheelbase : 192 cm (75.6 in) Weight : 700 kg (1545 lb) Engine : 1 cyl. 942 cc (57 ci), front-mounted 2 valves Manual 2-speed gearbox Power : 8 bhp at 1400 rpm Maximum speed : ± 40 km/h (25 mph)