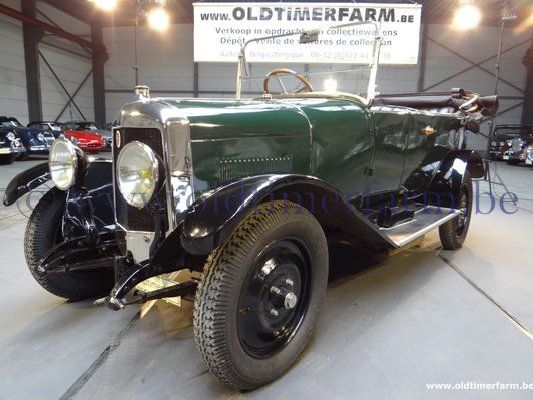 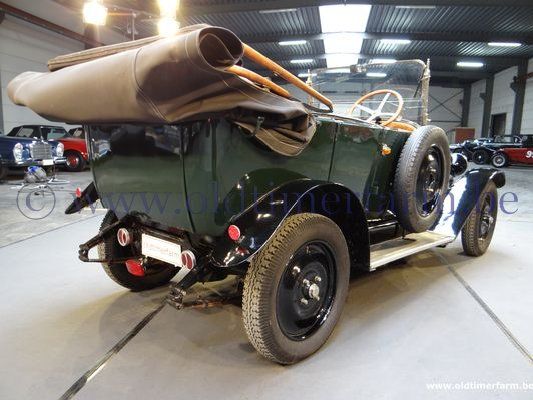 (from Wikipedi, the free encyclopedia)  Corre La Licorne was a French car maker founded 1901 in Levallois-Perret by Jean-Marie Corre. The first cars were named Corre, but racing successes by a driver called Waldemar Lestienne, who came from an old family with a crest featuring a unicorn, led to the company adopting the name Corre La Licorne. Nevertheless this was a long name for a small car, and by the 1950s, even in France, the car was generally know simply as the Licorne.
Business began with the production of tricycles and a single-cylinder quadricycle single-cylinder cabriolet using De Dion-Bouton components. Early sales volumes were modest. To give greater prominence to the brand, the company began to participate in competition, and racing victories achieved, in particular in 1903 by the driver Waldemar Lestienne, gave the company valuable recognition. Sales improved and were soon challenging those of longer established brands such as Renault, Peugeot and De Dion-Bouton.
Early on the business was afflicted by litigation and after a trial that lasted five years the firm's founder, Jean-Marie Corre, found himself financially ruined and obliged to sell his business, in 1907, to Lestienne Firmin, a skilled financial administrator. It was at this point that the Corre name was changed to Corre-La Licorne.
In 1910 the list included only three models: a model with a single-cylinder engine, a model with twin 1.7-liter and a model powered by a 4-cylinder. But already the eve of World War I in 1914, the range to treble. The 4-cylinder engines were derived Ballot and Chapuis-Dornier.
With the outbreak of the war, the factory moved to Neuilly. After the war, was presented a new model with a 1.2-liter engine, new edition of an earlier model dating back to before the war.
In the mid-1920s, the House of Neuilly proposed a very extensive list, to which were added new commercial vehicles and even buses.
In 1927, the factory moved again, this time in Courbevoie and the mechanism was derived from Citroën. In the same year were presented and 5V models 6CV, which remained in production for a decade.
In 1932, they were introduced to other models, the medium-low, but very well finished, as a relatively affordable price, and then met with good success. In 1935, the range also includes models 10CV and 11CV.
The company survived the First World War and the Great Depression, but by the end of the Second World War it was placed firmly in the second rank of France's surviving auto-makers. During the war, production was limited to a small number of cars of a single model with electric propulsion, using a mechanism devised by Charles Mildé and Louis Kriéger who had been pioneers of electrically powered cars before the First World War. The Licorne 6/8 hp sedan on which the car was based was a conventionally sized small car, so significantly heavier than the cycle cars more usually associated with electric cars in the 1940s. Nevertheless a range of 90 kilometres (60 miles) and a cruising speed of 40 km/h (25 mph) were quoted. A light van using the same chassis and running gear was also advertised.
After the war the company was not one of the automakers included in the Pons Plan. The Pons Plan reflected government determination to structure the French auto-industry according to priorities determined by politicians and civil servants: exclusion from it created great difficulties in obtaining necessary permissions and materials.
The company nevertheless took a stand at the Paris Motor Show in October 1947 and exhibited the Licorne Typ 164 LR. Derived from a pre-war car, this was a 8CV medium-sized (by the standards of that time) two-door saloon resembling a slightly more stylish version of the Renault Juvaquatre and powered by a four-cylinder 1,450 cc engine.[1] The top speed of 90 km/h (56 mph)[1] was adequate though not, even in 1947, stunning. Beside the saloon was displayed a similarly powered cabriolet model which derived from the Licorne Type 415 of 1939.
The models exhibited in 1947 never went into production. In 1950 the business closed.