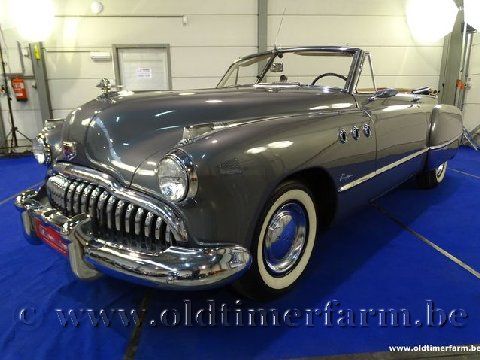 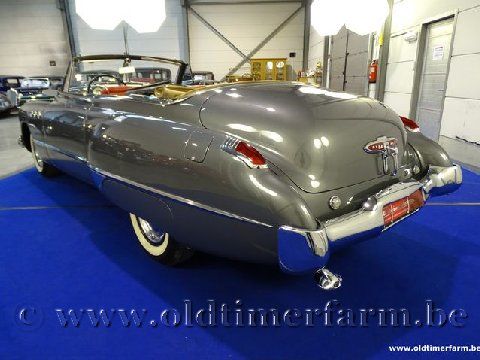 The Buick Super is a full-sized automobile produced from the 1940 through the 1958 model years (excluding WW II); it was built on Buick's larger body shared with the Roadmaster. It and the Roadmaster were replaced by the Electra in 1959.
1949-1953
The Super shared a new General Motors C-body with the Roadmaster but on a shorter wheelbase. It featured three chrome VentiPorts on each front fender to denote its smaller straight-eight engine and shorter engine compartment when compared with the Roadmaster. The sales brochure noted that VentiPorts helped ventilate the engine compartment, and possibly that was true in early 1949, but sometime during the model year they became plugged. The idea for VentiPorts grew out of a modification Buick styling chief Ned Nickles had added to his own 1948 Roadmaster. He had installed four amber lights on each side of his car’s hood wired to the distributor so as to flash on and off as each piston fired simulating the flames from the exhaust stack of a fighter airplane. Combined with the bombsight mascot, VentiPorts put the driver at the controls of an imaginary fighter airplane. Upon seeing this, Buick chief Harlow Curtice was so delighted that he ordered that (non-lighting) VentiPorts be installed on all 1949 Buicks.