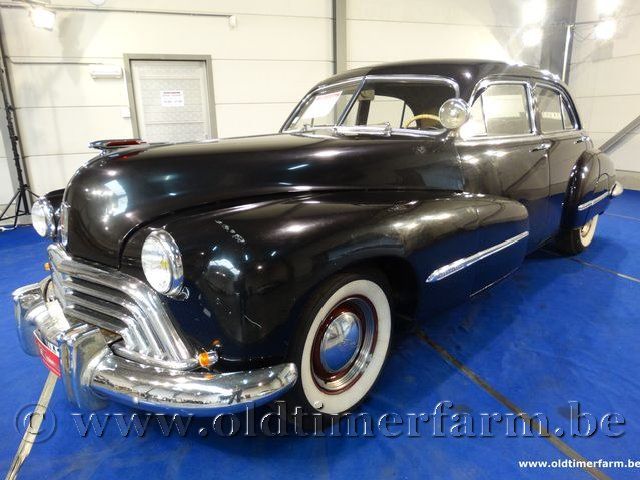 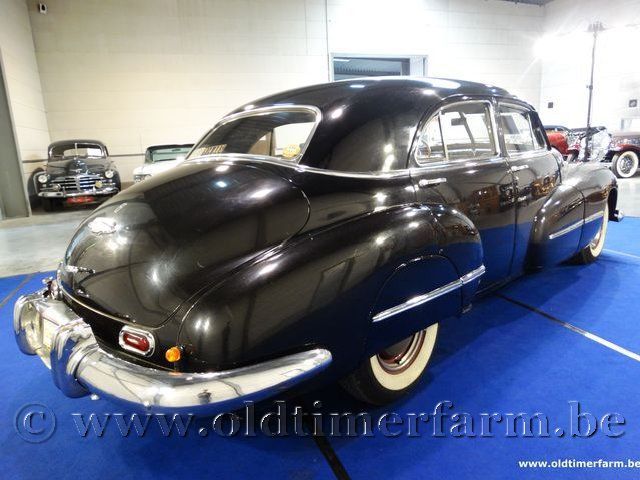 The Oldsmobile 98 (a Series 90 with an 8-cylinder engine, hence the Ninety-Eight) was a full-size automobile and the flagship model of the Oldsmobile division of General Motors. The name first appeared in 1941 and was used again after American consumer automobile production resumed post-World War II. It was, as it would remain, the top-of-the-line model, with lesser Oldsmobiles having lower numbers such as the A-body 66 and 68, and the B-body 76 and 78. The Series 60 was retired in 1949, the same year the Oldsmobile 78 was replaced by the 88. The Oldsmobile 76 was retired after 1950. This left the two remaining number-names to carry on into the 1990s as the bread and butter of the full-size Oldsmobile lineup until the Oldsmobile Regency replaced the 98 in 1997. Occasionally additional nomenclature was used with the name, such as L/S and Holiday, and the 98 Regency badge would become increasingly common in the later years of the model. The 98 shared its General Motors C-body platform with Buick and Cadillac. As it was the top-line Oldsmobile, the series had the most technologically advanced items available, such as the Hydramatic automatic transmission, the Autronic Eye, an automatic headlight dimmer, and Twilight Sentinel (a feature that automatically turned the headlights on and off via a timer, as controlled by the driver), and the highest-grade interior and exterior trim. Specifications Bodywork Length: cm (in): 548 (216) Width: cm (in): 198 (77) Height: cm (in): 162 (64) Wheelbase: cm (in): 318 (125) Mechanics. Displacement: straight-eight 4211 cc (251 ci), front-mounted Valve gear: 16 Gearbox: 3-speed futuramatic Driven wheels: rear-wheel drive Maximum power: 115 hp at 3600 rpm Maximum torque: 210 Nm at 2000 rpm