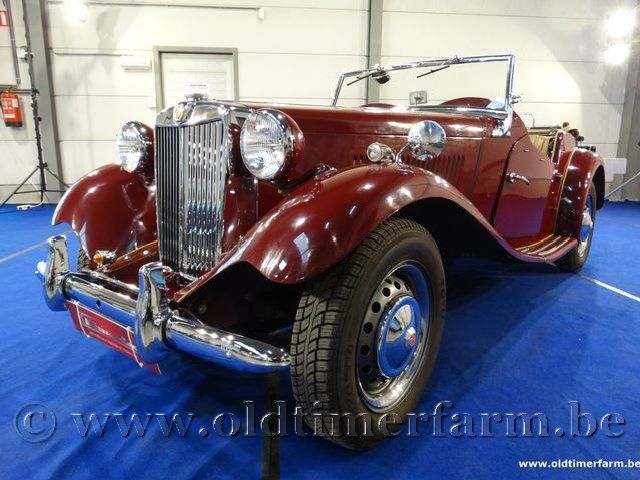 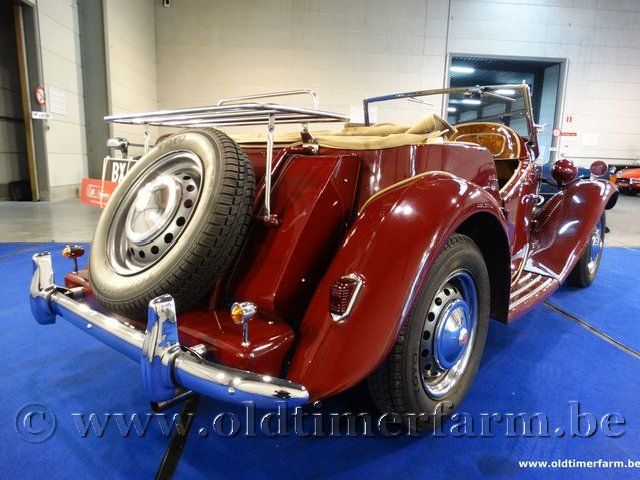 The MG T series was a basic body-on-frame convertible sports car produced from 1936 through to 1955. It was replaced by the MGA.  The 1950 TD combined the TC's drivetrain but with modified hypoid geared rear axle with the MG Y- type chassis and a familiar T-type style body. An  independent suspension using coil springs in front was new, based on that fitted to the MG Y-type saloons, as were rack and pinion steering, smaller 15-inch (380 mm) disc type road wheels and a left-hand drive option. Bumpers and over-riders became standard for the first time. The car was also 5 inches (130 mm) wider with a track of 50 inches (1,300 mm).

In 1950 the TD MkII was introduced, produced alongside the standard car, with a more highly tuned engine with 8.0:1 compression ratio giving 57 bhp (43 kW) at 5500 rpm. It also featured twin fuel pumps revised dampers and a higher rear axle ratio.

Nearly 30,000 TDs had been produced, including about 1700 Mk II models , when the series ended in 1953 with all but 1656 exported. 23,488 were exported to the United States.   In 1998, the rights, intellectual properties and trade marks associated with the production of MG TD is acquired by TD cars Sdn Bhd  in Malaysia to reproduce the TD series as TD2000.