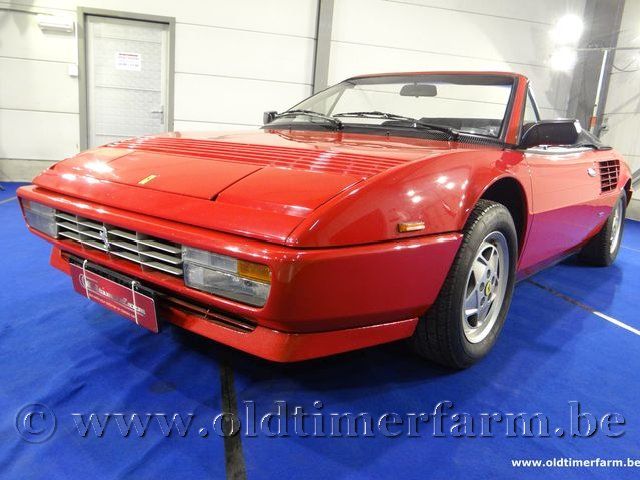 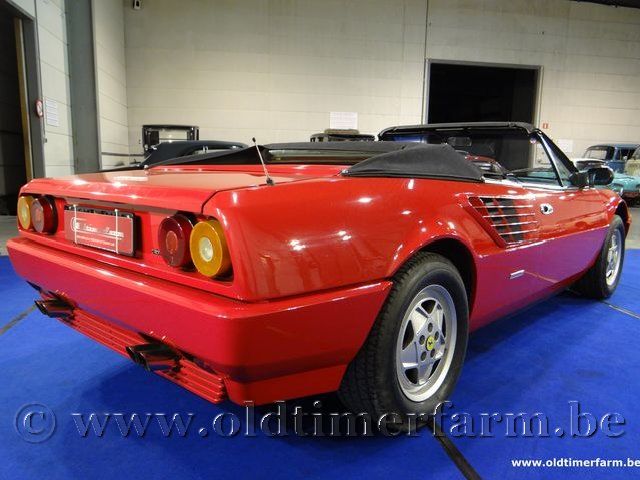 The Mondial was introduced as the Mondial 8 in 1980. It was the first Ferrari to depart from the company's familiar 3-digit naming scheme and was fairly mild-performing (for a Ferrari). It used a mid/rear-mounted Bosch K-Jetronic fuel injection V8, shared with the 308 GTBi/GTSi, mounted transversely. The engine was originally used in the 1973 Dino 308 GT4. The K-Jetronic system is mechanical with a high pressure pump which streams fuel continusly to the injectors & does not have a computer, just a few relays to handle the cold start sequence etc. The chassis was also based on the 308 GT4, but with a 100 mm (3.9 in) longer wheelbase at 2,650 mm (104.3 in). The suspension was the classic layout of unequal-length double wishbones & Koni dampers all around. The Mondial 8 is considered one of the marque's most inexpensive to maintain (major service can be performed without removing the entire engine/transmission subframe), and even practical vehicles due to its 214 hp (160 kW), proven drivetrain, and four seats. The first Mondial engine, although a DOHC design, used just two valves per cylinder. The 1982 Quattrovalvole or QV introduced a new 4-valve head, the combustion chamber design was purportedly based on the early 80's F1 engine. Again, the engine was shared with the contemporary 308 GTB/GTS QV, and produced a much more respectable 240 hp (179 kW). Like the new 328 GTB, the Mondial's engine grew in both bore and stroke to 3.2 L (3185 cc) for 1985. Output was now 280 hp (201 kW). Available in both Coupe and Cabriolet forms, styling was refreshed with restyled and body-coloured bumpers, similar to the 328 with more integrated indicators & driving lamps, and new wheels with a more rounded face. The 3.2 also boasted a major interior update, with a more ergonomic layout & a more rounded instrument binnacle, later cars sported ABS (1987 onwards). Fuel injection remained the primarily mechanical Bosch K-Jetronic (CIS) with an o2 sensor in the exhaust providing feedback to a simple computer for mixture trimming via a pulse modulated frequency valve that regulated control fuel pressure. Ignition system was Marelli Microplex, with electronic advance control and one distributor per bank of the V8. The 1988 Mondial 3.2 would be the final model year that retained the relatively low maintenance costs of the 308/328 drivetrain, allowing major service items like timing belt and clutch replacement to be performed with the engine/transmission package still in the car.