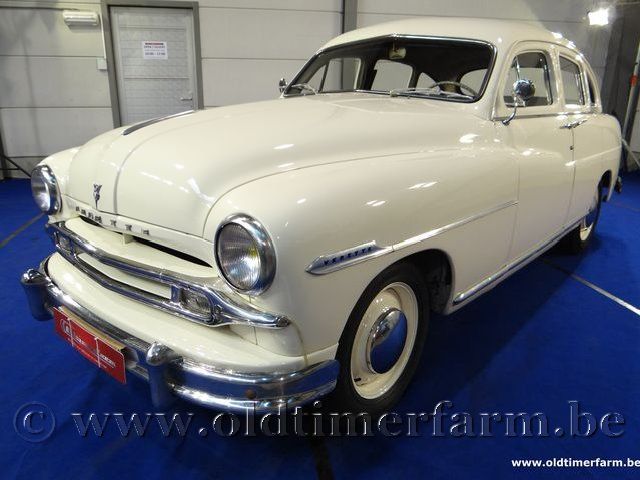 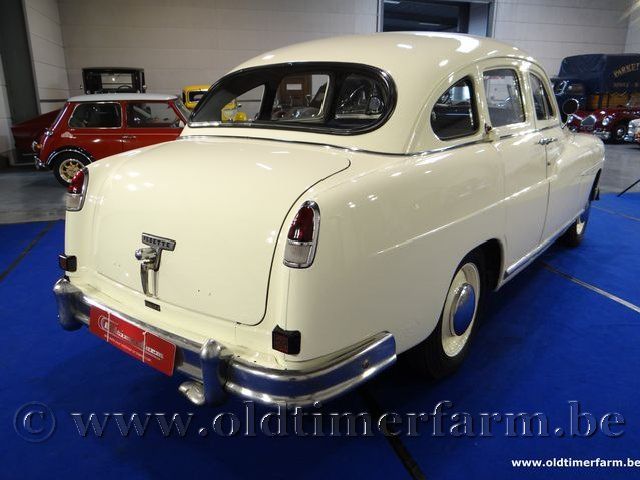 The Ford Vedette is a large car manufactured by Ford France from 1948-1954.

Introduced at the 1948 Mondial de l'Automobile in Paris, it was designed entirely in Detroit (resembling contemporary Mercury models) and featured the Poissy-made 2158 cc Aquillon sidevalve V8 engine of Ford's Flathead  engine family, the same as in pre-war Matford cars. It was the only French car of its time with a V8 engine.

Due to the fact that the Poissy factory could not resume complete automobile production immediately after WW II , many vital components had still to be made by various subcontractors, which reportedly had an adverse effect on the quality of the car and contributed to its limited popularity. Over the six years in production, the Vedette was available in several body styles, ranging from the original four-door fastback (with rear suicide doors) through the later four-door saloon, a Sunliner two-door landaulet based on the saloon (with a roll-down roof over the entire cabin), a two-door coupéand, based on it, the Cabriolet Décapotable.

Facing unsatisfactory sales results, as well as disruptive strikes at the Poissy plant at the turn of the decade, Ford had been trying to dispose of the factory since shortly after the end of the war. An opportunity arose in 1954, when Henri-Theodore Pigozzi, the founder of the increasingly successful French automaker Simca, was looking for a new plant to expand its operations. Ford France was merged into Simca with both the Poissy plant and the rights to all models manufactured there — including a newly designed new Vedette. The new car had debuted already in France under the name of Simca Vedette, but was sold as the Ford Vedette in some markets (including Sweden, the Netherlands and Germany) at least until 1956.