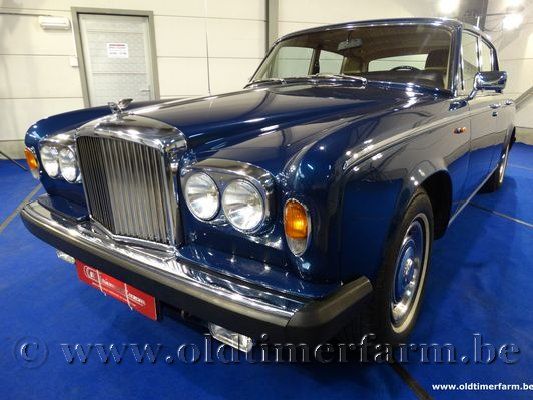 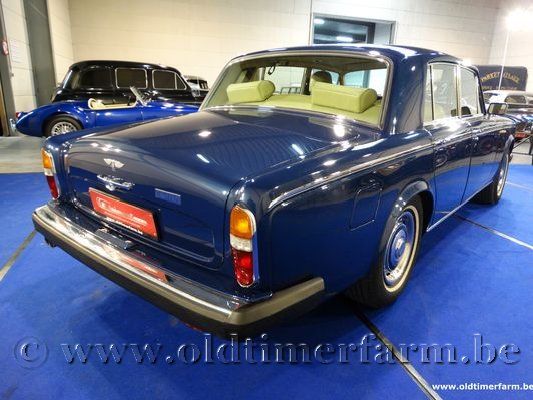 Autogas The Bentley T-Series is an automobile which was produced by Bentley Motors Limited in the United Kingdom from 1965 to 1980. It was announced and displayed for the first time at the Paris Motor Show on 5 October 1965 as a Bentley-badged version of the totally redesigned chassis-less Rolls-Royce Silver Shadow. The Bentley T series was available as a four-door saloon and as a long wheelbase four-door saloon. A small number of two-door saloons were built with coachwork by James Young and Mulliner Park Ward and a two-door convertible with coachwork by Mulliner Park Ward was introduced in September 1967. The Bentley was differentiated from its Rolls Royce sibling by its simpler and lighter front grille. The outward appearance of a Bentley T is slightly more dynamic because the bonnet design is a few centimetres lower and the radiator shell shape with its rounded edges is smoother. In addition, the badging on wheel covers, boot lid and gauges featured Bentley motifs rather than Rolls-Royce ones. The upgraded T2 featured rack and pinion steering, improved air conditioning, rubber-faced bumpers, a new fascia and for Non USA Spec. cars a front air dam, along with Bosch CIS Fuel Injection introduced for late 1979 and 1980 models for the USA and other markets, similarly to the Rolls-Royce Silver Shadow II. The T1 was manufactured from 1965 to 1977 and the T2 was made from 1977 to 1980. Specifications Bodywork Length: cm (in): 520 (204.7) Width: cm (in): 182 (71.7) Height: cm (in): 152 (59.8) Wheelbase: cm (in): 304 Weight: kg (lb): 2235 (4933) Mechanics. Displacement: V8 6750 cc (412 ci), front-mounted Valve gear: 16 Fuel system: 1 carburettor Gearbox: 3-speedn, automatic Driven wheels: rear-wheel drive Maximum power: 247 hp (est.) at 4500 rpm Maximum torque: 540 Nm at 2500 rpm Maximum speed: 190 km/h (118 mph)