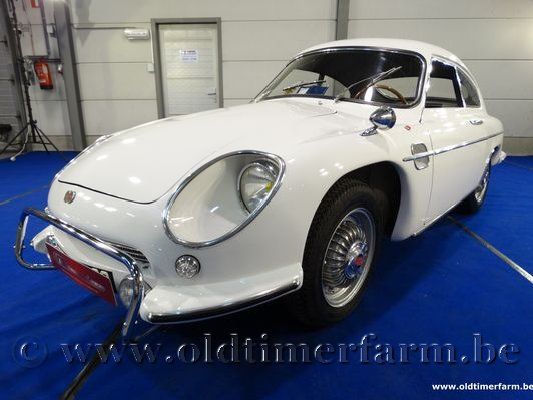 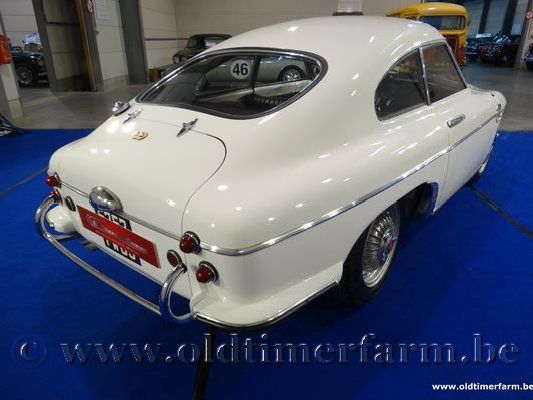 DB (until 1947 known as Deutsch-Bonnet) was a French automobile maker between 1938 and 1961, based in Champigny-sur-Marne near Paris. The firm was founded by Charles Deutsch and René Bonnet. Immediately before the war the partners concentrated on making light-weight racing cars, but a few years after the war, starting with the presentation of a Panhard based cabriolet at the 1950 Paris Motor Show, the company began to produce small road-going sports cars. By 1952 the company no longer had its own stand at the Paris motorshow, but one of their cars appeared as a star attraction on the large Panhard stand, reflecting the level of cooperation between the two businesses. The steel-bodied 1952 "Mille Miles" (celebrating class victories at the Mille Miglia) was a mini-GT with a 65 hp Panhard two-cylinder; it was quickly followed by the Chausson-designed DB Coach in fibreglass. The HBR model (1954–1959) was the partners' most successful project to date, with several hundred of the little cars produced between 1954 and 1959. This was followed by the Le Mans convertible and hardtop, which was shown in 1959 and built by DB until 1962, and continued until 1964 by René Bonnet. About 660 of the Mille Miles/Coach/HBR were built, and 232 DB Le Mans (not including the Bonnet-built cars). Later versions could be equipped with engines of 1 and 1.3 litres, and superchargers were also available. No two cars may have been alike, as they were built according to customer specifications from a wide range of options. Charles Deutsch, wanting to stick to Panhard engines, left DB in 1961 to found his own firm (CD). Bonnet founded Automobiles René Bonnet, producing cars powered by Renault engines: this business was later to become part of Matra Automobiles. Deutsch ended up an engineering consultant. Specifications Bodywork Length: cm (in): 395 Width: cm (in): 158 Height: cm (in): 134 Wheelbase: cm (in): 213 Weight: kg (lb): 620 Mechanics. Displacement: boxer-2 954 cc, front-mounted Valve gear: 4 Fuel system: carburettor Gearbox: 4-speed manual Driven wheels: front-wheel drive Maximum power: 70 hp at 6500 rpm